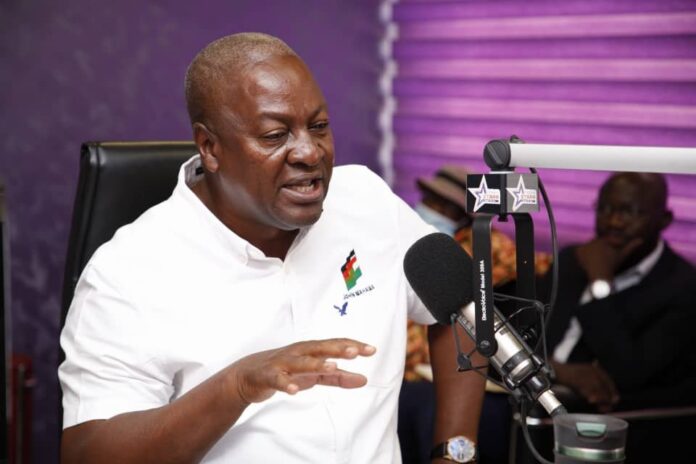 Former President John Dramani Mahama has boldly claimed that the National Democratic Congress has more intellectuals to take on any political party in the world.

According to him, claims that the NDC does not attract intellectuals and the middle class are erroneous and are deliberately made for propaganda purposes.

“The perception has always been that mass parties do not have intellectuals and academic firepower. I mean just a fraction of the members of the pro forum in this auditorium and the self-introductions that you made clearly shows that pound for pound, we have on the side of the NDC, sufficient intellectual and academic power to take on any party in this world, and we have proved it over the years,” Mr Mahama said when he addressed a conference organised by the NDC Professionals Forum in Accra on Thursday, April 29, 2021.

The former NDC flagbearer also revealed that the deployment of illiterate party agents to some polling station negatively affected the party’s fortunes in the 2020 polls.

Mr Mahama said this observation was contained in a report submitted by some Regional Chairmen.

“Every region was asked to account for its performance in the 2020 elections. They came with reports, you should have listened to some of the regional reports. There was one region I will not mention which region it was they said oh, some of our party agents were illiterate they couldn’t read or write. And the Chairman asked but who appointed them, who made them party agents?.

“So it’s obvious that they themselves have started doing the review of what went right or what went wrong, what they did well leading to a positive outcome in the region and what they could have done better which led to a negative outcome.”