Some immigration officers deployed to entry points of the country are frustrated with what they say are attempts by the government to reduce their daily stipends by fifty percent.

The officers are part of Operation Calm Life, which is a government effort to clamp down on criminal activities in areas such as Elubo, Akanu, Laklebi, Saboba, and Hamile.

Some officers, according to starrfm.com.gh sources have voluntarily withdrawn from the operation as they say they have been sustaining themselves with personal funds.

The operation which was to last for two months has continued for eleven months with no indication as to when it will come to an end.

One of the officers who spoke to Starr News on condition of anonymity said the government has not paid their daily stipends of one hundred cedis for close to three months with many of them forced to use personal funds to cater for their upkeep.

According to him, “there is no accommodation, there is no food, so we have to look for our own accommodation, feed ourselves based on what they give us, based on the ration [money] they give us. It’s supposed to be a daily amount and it was being calculated and every two weeks, that was what we started with.”

“But for some time, after four to five months, it started delaying, sometimes one-month it won’t come. Some of us, we have to quickly move in to look for hotels. When you are taken outside your station to go and do extra duty, that is what they are supposed to give us, as for my salary it comes alright.”

He intimated “from what we are picking, the monies have been slashed and they have not briefed us but that is what we learnt. As it stands now, it has been slashed to half, what they were giving us if they were coming to slash at the normal circumstances, they should come sit with us, brief us that ‘this is what we were taking and now from this going, this is how we are going to do it now.’ And there should be options if you are not happy with it, how do you go about it, something of that sort hasn’t happened.”

He went on to explain how he discovered their rations may have ben slashed “there are other colleagues who are also in a different grounp and we were taking the same with them , they received their own over the weekend that was Saturday. And when they received theirs, it had been slashed and they explained to them that, from now this is how it’s going to be and then for our case, we normally have the platforms, for some of our leaders they kept it on our platform that it has been slashed since March 21 and it took effect March 22 till date so from that time till now.”

“Whatever they are going to give us the ration is not going to be like what we were receiving from last year till March to early this year.”

“A lot of our colleagues have withdrawn based on medical grounds, some are falling sick here and there, as I speak to you now, there’s even a communiqué going around that we should submit our names if we want to withdraw and you should give a reason and then your mother station where you were being stationed before you were taken to the operation,” he ended. 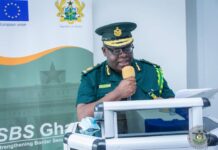 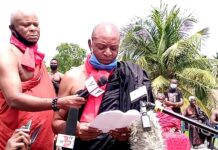