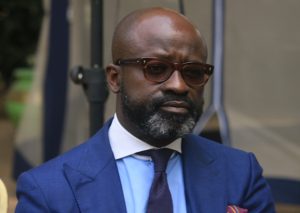 The Secretary to the President, Nana Asante Bediatuo, has strongly refuted claims that he has sold the Accra Arts Centre to a private investor.

A statement released from the Office of the President, described the allegations as baseless adding that an audio recording circulating social media in which an unidentified woman is heard alleging that she had facilitated a meeting between Bediatuo and some chiefs for the sale of Arts Centre and false and a complete fabrication.

“I wish to put on record that I have never met this unnamed, unidentified woman or the elders and the chiefs she claims she brought to meet with me.

“She does not state the date of the meeting, the place where the meeting took place and the names of the elders and chiefs who accompanied her to the alleged meeting. That is because the so-called meeting never took place, or at least not with me,” parts of the statements read.

Below is the full statement by Asante Bediatuo 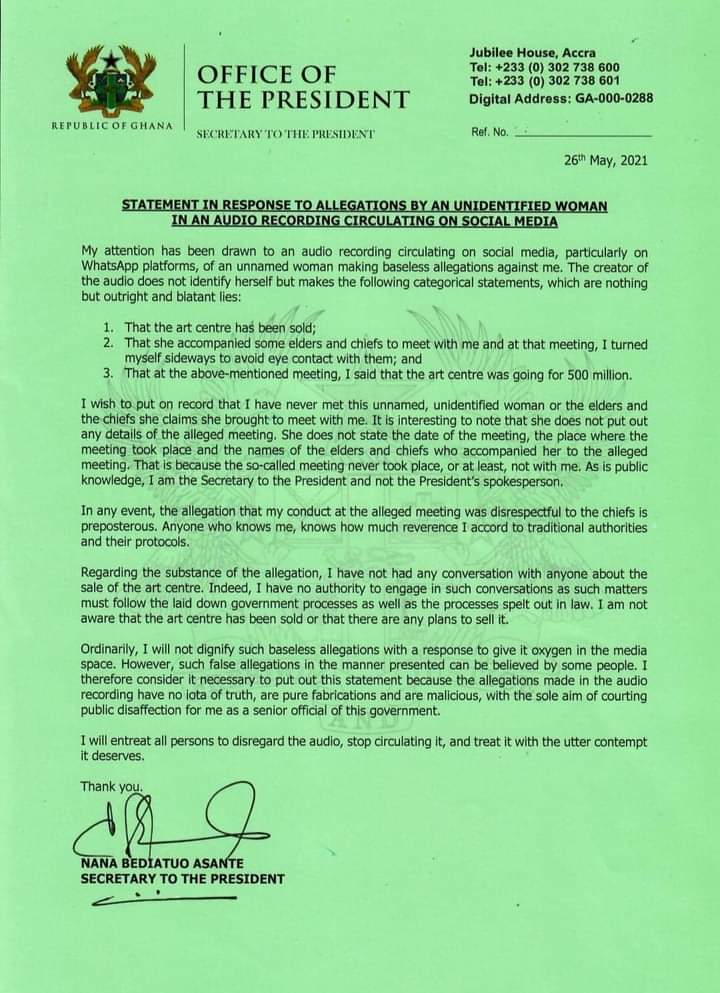