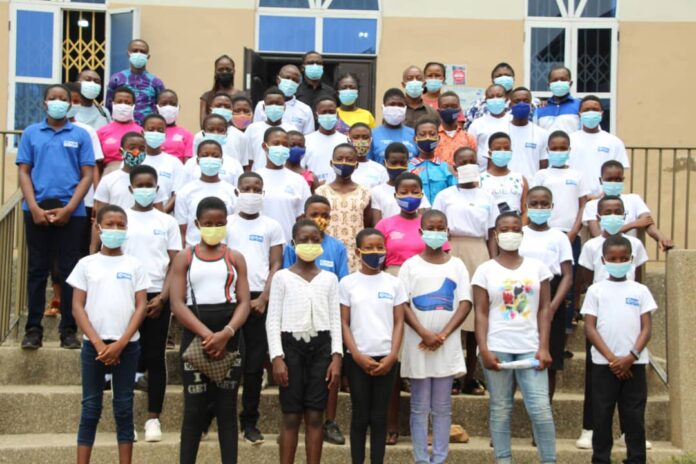 Youth Budget Advocacy Group has been inaugurated at Okere in the Eastern region to articulate the views of the younger population on decisions about the youth and ensure social accountability on projects.

The Youth Budget Advocacy Group is an initiative of Plan International Ghana.

According to the Eastern Regional Manager of Plan International Ghana, Kofi Adade Debrah, members of the group were carefully selected from communities in the district, trained on budget analysis, project monitoring and advocacy to inform their views on how well the district Assembly budgets are meeting or could meet the needs of the young people in the District.

The Youth Budget Advocacy Group in the Okere District at its maiden forum engaged the District Assembly after visiting many communities in the district to monitor projects being carried out by the assembly and also soliciting views of the teenage population on pressing issues affecting them in their communities.

The salient issues raised ranged from education, health, sanitation, hazards, lack of electricity in schools, social injustice among others tabled before the assembly for redress.

Edward Appiah and Magdalen Ansah, President and Secretary of the group respectively in Okere District told Starr News, the platform has provided young population in the district rare opportunity to let their voices be heard on social issues of relevance to the development of the youth.

They were optimistic that, through the advocacy of the group, policy interventions about adolescents will be shaped in the Distirct .

The Okere District Coordinating Director Samuel Afadu told Starr News, the Youth Budget Advocacy group will help shape decisions about the youth and serve as platform for feedback to help the development of the district.

“it is very important for us because it will deepen decentralization and participatory democracy. Seeing the children looking at basic things that concern them and raising issues with them”

In Ghana and many other countries, older citizens hold de facto budgetary decision-making power over perception that they have wisdom and experience than the adolescents

Ironically, decisions taken in all sectors of the economy have future implications on teenage population in the country.

According to UNICEF, there are 1.2 billion adolescents worldwide – the largest cohort ever, and the most educated and urbanized. 90 per cent of adolescents live in low- and middle-income countries.

Sub-Saharan Africa’s growing adolescent population, expected to reach 500 million by 2050, has the potential to fuel powerful change – if Governments invest in and engage this population to own their future by being active participants in decision making.

Plan International Ghana, a child, and adolescent development-centered organization has therefore inaugurated these Youth Budget Advocacy Groups in its operational Districts in the Eastern Region to empower the younger population to actively engage and voice out their views on youth-related decisions and monitor projects meant to impact the youth.