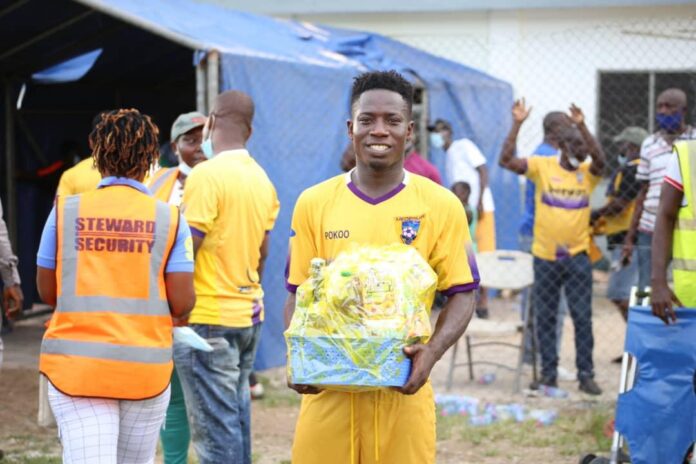 Medeama SC midfielder Rashid Nortey has won the fans best player award for the first time with the Mauve and Yellow club based in Tarkwa.

The versatile midfielder, won the hearts of the Medeama fans this season with his prowess, inter-positional play, intricate passes and his impressive display on the field coupled with his eye for goal in every game.

Rashid Nortey promise to continue his impressive run of form in their next match against Liberty professionals at Sogakope and is hoping to win the ultimate prize as Medeama’s best player at the end of the season.