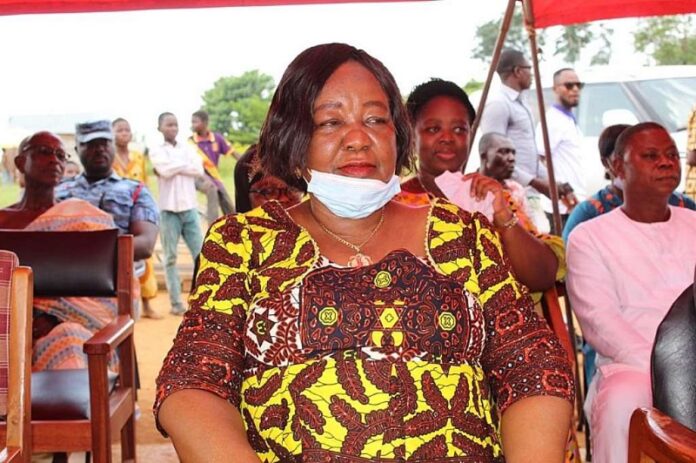 Former Deputy Ashanti Regional Minister, Elizabeth Agyemang has eulogized the 21st Clinic for their competence in treating sciatica, which refers to pain that radiates along the path of the sciatic nerve, which branches from one’s lower back through the hips and buttocks and down each leg.

According to the experienced politician, she’s had a personal experience with the Clinic hence can vouch for the health facility anytime without hesitation.

She recounted the pain she had to endure for some time until she was introduced to 21st Clinic where she’s been treated.

“The sickness started in India where I was at the time and I went for treatment there. Upon my return to Ghana, I was admitted to the Police Hospital for three weeks as I could not walk. I was having pains in both legs, which affected my going to work, a whole year before my term ended I could not go to the office due to the pains. I initially thought I was having heart problems, after series of tests including an MRI I was told the pain I was feeling was in my waist and I had to be operated on. Much against the doctor’s advice, I declined to undergo an operation because I was afraid of the procedure,” She said in an interview with Nana Poku Tofiakwa on Healing Point, a health program that airs every Saturday on 21st Radio and broadcast through Ejura-based Naagyei FM and about 22 other radio stations across the country.

The former Member of Parliament for Oforikrom, continued that “one day while returning from Accra upon reaching Tech. Junction I heard an announcement by 21st Clinic speaking about some of the ailments they could cure. I then picked the contacts of the clinic and then had a conversation with one Dr. Asare. He and other medical Officers visited me at home and did an assessment on me and begun to give me home care for which I was very happy because I could not move about,” she recounted in the interview monitored by Naagyeifmonline.com.

Mrs. Agyeman, popularly known as “peoples mother” added: “at a point in time I felt my leg was dead because I could not feel it, it was numb. They provided me with home care, now I feel no pain and I can now step on my feet. It’s been one year now that they started taking care of me, I’ve now become an ambassador for 21st Clinic and I’ve directed many people to the facility for treatment and they are giving testimonies. When it comes to the treatment of sciatica, I can vouch for 21st Clinic, they are the best. Whoever is sick should go there and back the doctors there with prayers and in no time they would be healed.”