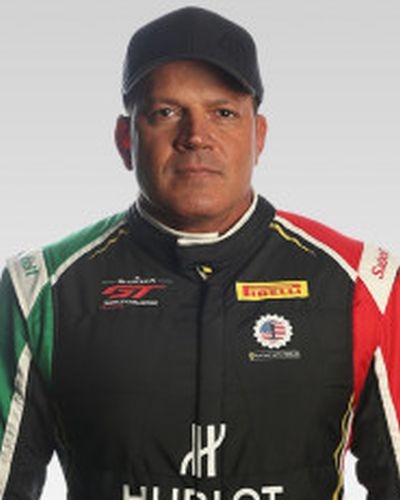 Blink and you’ll miss it.

The duo of Mexican driver Martin Fuentes and American Caesar Bacarella share duties in GT Sprint X Amateur class, where they are undefeated this season, so they are hoping for a season sweep at Utah, reports team co-owner Ronnie Vogel.

“This season’s been a start of a new team, with a new car, and new drivers,” Vogel noted. “Caesar Bacarella had only done some Nascar Xfiniti series races and Ferrari Challenge before, so this is a very different car than he was used to.”

Nevertheless, the team’s engineers and drivers have been able to work together to achieve success. “It has been a learning process,” Vogel said.

That process has been enabled and supported by primary sponsors, Hublot watches and Alpha Prime Apparel, he added, two lifestyle brands that fit in perfectly with Maxim’s signage on the car.

“We’ve had some incidents, but we’ve been very lucky,” Vogel noted. “The mechanics are keeping the car 100 percent for the drivers, and we’ve been very fortunate to not have any really big crashes.”

For now, Martin Fuentes and Caesar Bacarella are focused on achieving the sweep of victories at Utah.