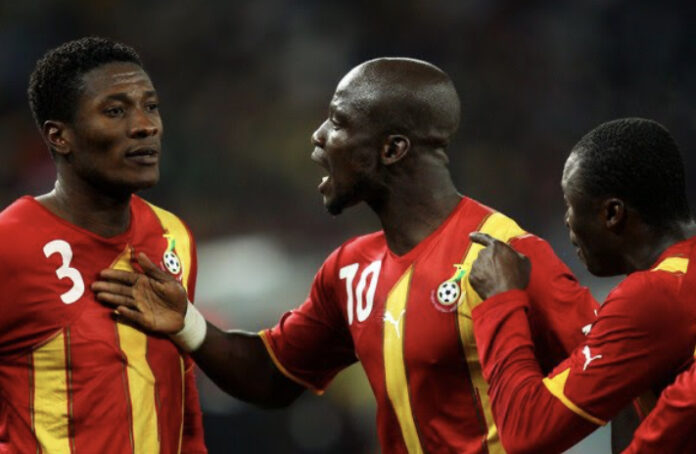 Former Ghana captain Stephen Appiah has controversially left out Asamoah Gyan, who is currently Ghana’s all-time top scorer as he named his top five players to have played for the Black Stars since 1992.

The 40-year-old compiled his list of best Ghanaian players since 1992 in a reply to a tweet by Betway Ghana. 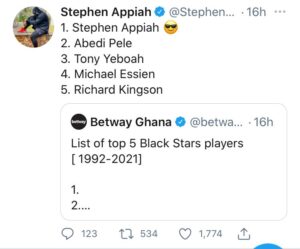 Stephen Appiah was Ghana’s skipper when the country qualified for its first-ever FIFA World Cup in Germany in 2006.

Having risen through the ranks, from U-17 and U-20, Appiah went on to represent the Black Stars 67 times, scoring 14 goals.

The former Juventus star has since called time on his career and previously served as team manager of the national team.