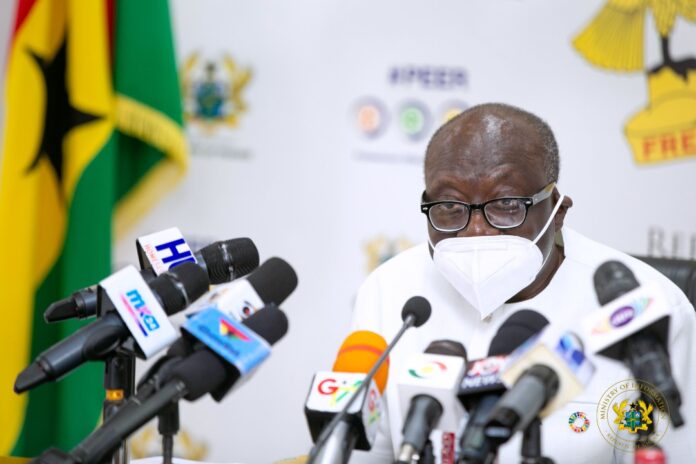 Government has detailed five measures as part of efforts aimed at rebounding the Ghanaian economy and set it back to its previous growth trajectory.

This was outlined by the Minister for Finance, Ken Ofori-Atta at a press briefing in Accra on Sunday May 9, 2021.

According to the Minister, government is working to re-energize key sectors of the Ghanaian economy in a manner that will enhance its general outlook and set it back in motion.

This comes at the back of a social media campaign over the recent state of affairs in the country. Social media users largely questioned recent hikes in fuel prices and the introduction of new taxes bemoaning how these have increased the cost of living in the country.

However, responding to the issue for the first time, Mr. Ofori-Atta acknowledged that while their concerns are genuine, the current state of the economy is occasioned by the global pandemic giving the assurance that government is working to restore the economy back to its pre COVID-19 levels.

One of the ways government is working to restore the economy the Minister noted is through fast-tracking the implementation of the US$200million Jobs and Skills Programme to enhance job creation significantly. This intervention is designed to facilitate new and expanded private sector businesses to employ a lot more people.

This he said is a more sustainable way to rebuild the economy. In addition, he said government is rolling over 8 additional interventions under the GhanaCARES “Obataanpa” programme particularly in the Health, Agriculture, Tourism, Trade, Digitization, Science and technology, as well as the Housing and Financial sectors stating that by the end of July this year, the country will have a new Development Bank that will provide long-term wholesale financing to the private sector through Commercial banks as a way of bringing the private sector on board

He implored Ghanaians to be supportive of these initiatives and be patient while government works to recover the economy from this setback.