The old students Association of Wesley Girls’ Senior High School says the school’s policy on fasting is being mischievously misrepresented.

It comes in the wake of the impasse between the school and the Ghana Education Service (GES) over the right of a Muslim student to fast during the ongoing Ramadan.

The school says it is their long-held practice not to allow students fast no matter the reason. The Methodist Church which originally established the school has backed the decision saying it will not allow the school comply with the GES order to allow Muslim students to fast.

In a statement on the development Wednesday, the old students said the policy is borne out of past experiences where some girls undergoing fasting “put their lives at risk and almost died”.

“As key stakeholders of the school, the OGA will not relent in its efforts to ensure that the School’s values are sustained at all times. The current rules, regulations and policies of the School have successfully guaranteed the excellent academic standards that have resulted in the School producing high-quality individuals and citizens occupying various key positions in the country and the world at large thereby contributing significantly to global advancement,” the statement said.

It continued: “We are concerned that the school’s “NO FASTING” policy which is based on health implications is being mischievously misrepresented to portray WGHS as an institution that is anti-Muslim and discriminatory of other faiths. The policy is borne out of past experiences where some girls undergoing fasting for various reasons, put their lives at risk and almost died which traumatized their fellow students as well as the school administration resulting in the institution of this rule. The rule applies to all students no matter their religious persuasion”.

Meanwhile, a former Director-General of the Ghana Education Service (GES) Michael Nsowah has expressed disappointment over the Methodist Church’s response to the impasse.

“There’s an understanding that if they (students) are below 18, by their own religion they’re not allowed to fast. However, parents can decide that they start this journey at age 16,” he told Morning Starr host Francis Abban. 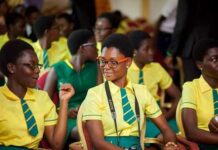 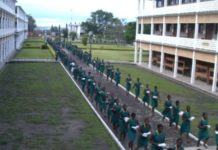