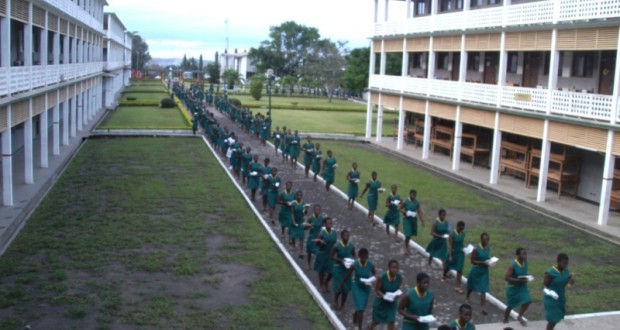 The Islamic Learning Centre has waded into justifications given by the Methodist Church and the Wesley Girls High School over its ‘No Fasting Policy’, describing the arguments as unenlightened.

Founder of the Center Sheik Mohammad Mustapha and media chairman of the Ahlusunnah sect in the Ashanti Region said the school cannot detach the blanket rule from its impact on Muslim students.

It’s been a banter of press statements either justifying or demanding answers from the Methodist Church after it replied the Ghana Education Service on the Wesley Girls Senior High School No Fasting Rule.

The Church and management of Wesley Girls’ which has held a series of meetings with leaders of the Islamic Faith and the muslin caucus of parliament insist its rule which has existed for decades has nothing to do with Muslim students fasting in the holy month of Ramadan.

The Parent-Teacher Association and Alumnus have likely released statements defending the school’s assertion, the rules are to guard against adverse health implications of fasting on its students.

Sheik Mustapha insisted the sects in the Islamic faith will take up such anti-religious rules in academic institutions, for legal redress.

He contends a ‘no fasting rule’ cannot be divorced from its effects on the religious freedoms and obligations of Muslim students.

Sheik Mohammad Mustapha is further displeased with the directive for parents to write letters absolving schools of liability in the event of students falling sick as a result of fasting.

He said the directive can be likened to asking Muslim students to apply for permission to practice their religion.

He maintained until schools with such rules are taken on at the highest court of the land, similar contentions will keep recurring.

Meanwhile, Kumasi-based private legal practitioner Lawyer Kwame Adofo points out that a simple legal solution cannot be prescribed to broker a truce in the impasse.

He however advises that instead of belaboring the matter in court, both parties should respect the tight legal restrictions of absolute freedoms and rights of independent communities.

It appears the argument that has already taken social media by storm will wax on as different opinions voice their stance albeit in civility and decorum.