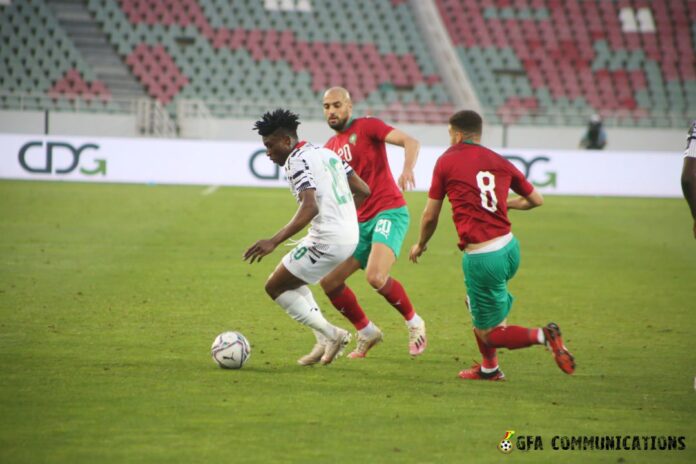 The Black Stars of Ghana lost to Morocco in an international friendly in Rabat ahead of the commencement of the qualifiers for the World Cup in September.

The Moroccans managed to clinch a 1-0 victory over Ghana at the Prince Mouley Abdellah stadium.

They got their goal thanks to a second half strike by Jawad El Yamiq after Ghana’s goalie made a mess of an attempt to save a cross from Hakim Ziyech.

Despite it been a friendly game, the two teams exhibited some wonderful football artistry on the night.

The two teams created some opportunities to find the net but it was not to be as both sides went into the first half break with a goalless score line.

In the second half, Morocco stepped up and were rewarded with the opener. Jawad El Yamiq was the one who put the ball at the back of the net with precision after capitalizing on a mistake from Razak Abalora.

Ghana struggled for the leveler after several attempts.

The Black Stars will battle Ivory Coast in three days time at the Cape Coast Stadium.