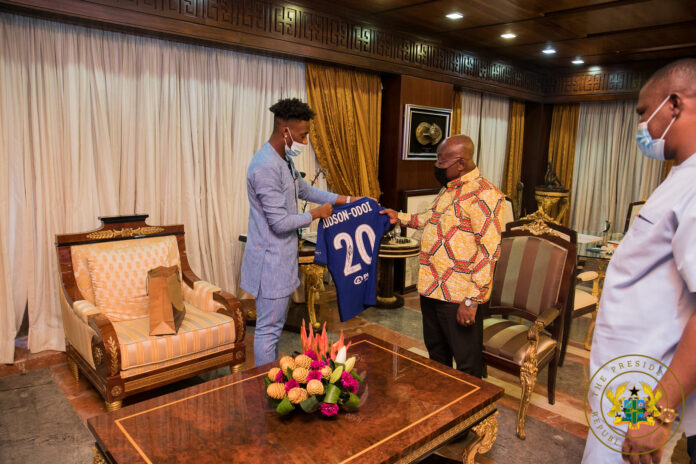 President Nana Addo Dankwa Akufo-Addo has urged Chelsea winger Callum Hudson-Odoi to switch his nationality and represent the Black Stars of Ghana on the International stage.

The President made the plea when the Chelsea youngster paid a courtesy call on him at the Jubilee House in Accra on Monday.

In a Facebook post, President Akufo-Addo revealed that he had urged the Sports Minister to explore the possibility of having Callum switch his nationality and play for the Black Stars ahead of the Three Lions of England. 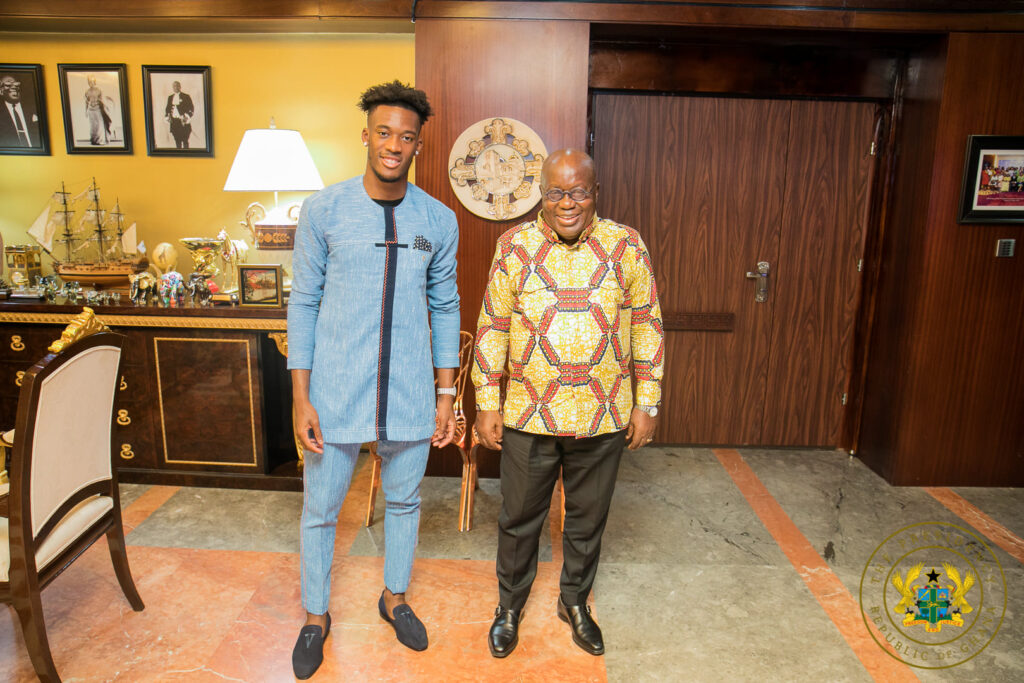 “On Monday, 7th June 2021, Ghanaian-born Chelsea footballer, Callum Hudson-Odoi, paid a courtesy call on me at Jubilee House, the seat of our nation’s presidency. Amongst others, I urged the Minister for Youth and Sports to explore the possibility of having Callum switch nationality, and play for the Black Stars.”

The Champions League winner has already been capped three times for England but FIFA’s new rules allow players who have not played more than three senior matches for their country before they turn 21 to switch nationality.

However, despite FIFA’s rule change, Hudson-Odoi will have to wait three years after his last match for his current side before submitting an application for a nationality switch.