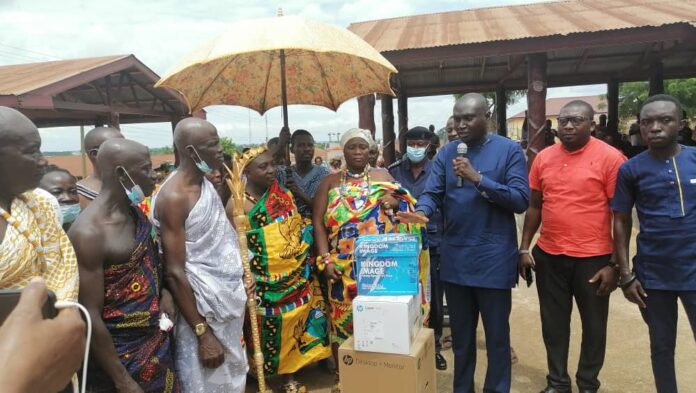 A former deputy Minister for Foreign Affairs and Ambassador to five countries including South Africa Charles Owiredu has begun a ‘one school, one computer’ initiative in the Birim North District of Eastern Region.

The Initiative is to ensure public schools in the area receive desktop computers starting from Afosu.

Speaking at the Afosu Durbar Grounds Thursday Mr Owiredu said “education is not an individual responsibility”.

He acknowledged that government, teachers, parents and lastly, students comprise the four (4) pillars of the education enterprise.

According to him, these pillars, constitute education and the absence of one creates a problem.

The former deputy Minister for Foreign Affairs used himself as an example to elaborate on the roles of a student, teacher, parent and government respectively. 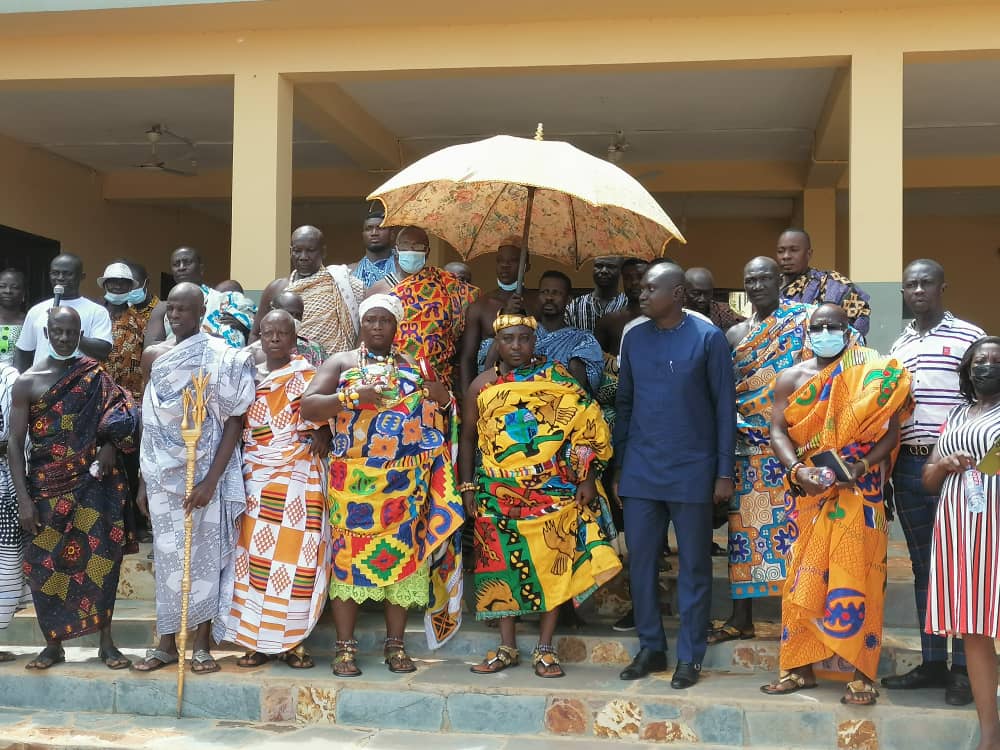 “Once upon a time, I was a Student. I became a Teacher at some point because I had completed Teacher Training College. I was posted to a station where I taught for five (5) years. Again, I am a Parent and finally, I was appointed as Deputy Minister for Foreign Affairs hence, Government. I have performed these four (4) roles,” he said.

Earlier this year, videos and pictures of a school building in Afosu were sent by the School’s Headteacher to Mr. Owiredu. He visited the school premises to witness the poor conditions under which teaching and learning took place. According to him, “I agreed to paint the school building”.

He added that when he got to the office of the Headteacher, there was no computer. Upon hearing from the authorities, he agreed to provide Computers, Printers and A4 Sheets to public schools in Afosu adding that same quantity of items will be shared among other public schools in the district.

Additionally, he has planned to paint the residence of the Traditional Council (Ahenfie) and that of the Ghana Police Service.

He expressed his heartfelt gratitude to Chiefs, Teachers, and all indigenes of Afosu for their unison in developing the district.

On his part Chairman for the occasion, the chief of Afosu Nana Kofi Owusu Anoh II expressed gratitude for the support saying this has been the first of its kind since he resumed the seat as Chief.