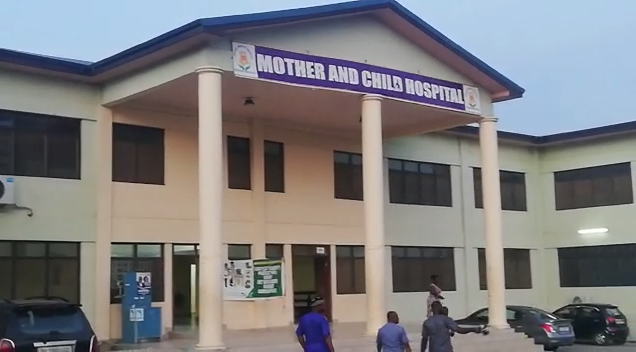 Four patients who were brought to Kasoa mother and child polyclinic were confirmed dead allegedly as a result of a close to twelve-hour power outage.

The polyclinic which is over 80-bed capacity has no generator nor plant to power the facility whenever the lights go off.

The above-mentioned menace has painfully caused the lives of patients on Monday, June 7.

Kasapa FM’s Yaw Boagyan spoke with a relative to one of the deceased patients who revealed that the lights went out around 7 am and came back on around 6:30 pm.

The source said “when I got here, there was already one patient who was here and was suffering from diarrhea and had been told she had used the toilet like six times. I got back this evening to check up on her, only to be told that she died.  She died around 3 pm and that it’s recorded that four other people had died in the same ward.”

“And it looks to me that the nurses are unconcerned. I noticed there was another man lying there under life support [oxygen] and is really suffering but these nurses are not showing any sign of concern but are rather seated there having conversations.”

He added “and at the moment, there is no light because of a power outage. So, from my observation, it seems to me that if you are brought in and there’s no light you can easily be left to die because that is what is happening here.”

Efforts to speak to the hospital’s management proved futile as the administrator directed Boagyan to the regional health directorate.

The Ghana Health Service has subsequently released a statement to debunk the reports.

Portions of the statement signed by Acting Medical Supenmendent Dr Mekano David read “management wishes to inform the general public that despite the frequent power outages in the facility and the lack of a standby plant to help in these times, it is not true that there have been associated deaths (4) in the surgical theatre following the power outage.

Patents, therefore, cried out to the government to supply plants or generators to the hospital to supply electricity whenever there is light out to save them from dying as a result of Ddumsor.