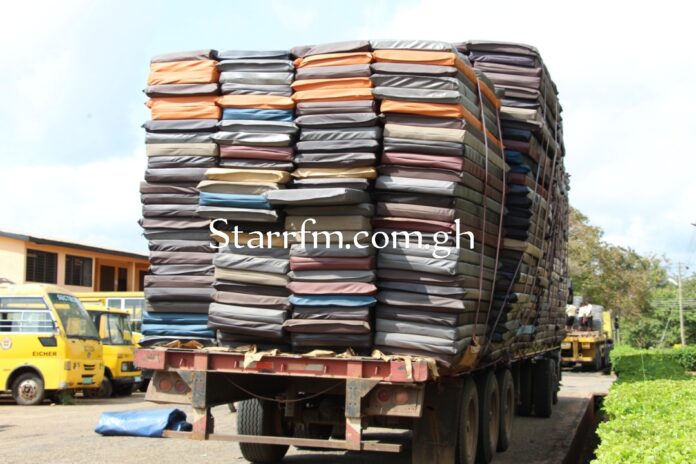 The Management of Koforidua Senior High Technical School (SECTECH) on Monday, June 7, 2021, took delivery of 350 double-decker metal beds and 700 pieces of mattresses from the Ministry of Education to address the bed crisis in the school.

This follows a viral video taken by an old student which highlighted the bizarre sleeping condition of boarding students due to inadequate beds.

The viral video captured students sleeping on the floor in congested dormitories.

Speaking to the media, the headmaster of Koforidua SECTECH Ofori Antwi apologized to the government for any embarrassment caused by the viral video which he says was quite an old video hence did not reflect in its entirety the current state of the challenge.

He however said, the beds and mattresses provided have fixed the challenge the school had with inadequate beds. 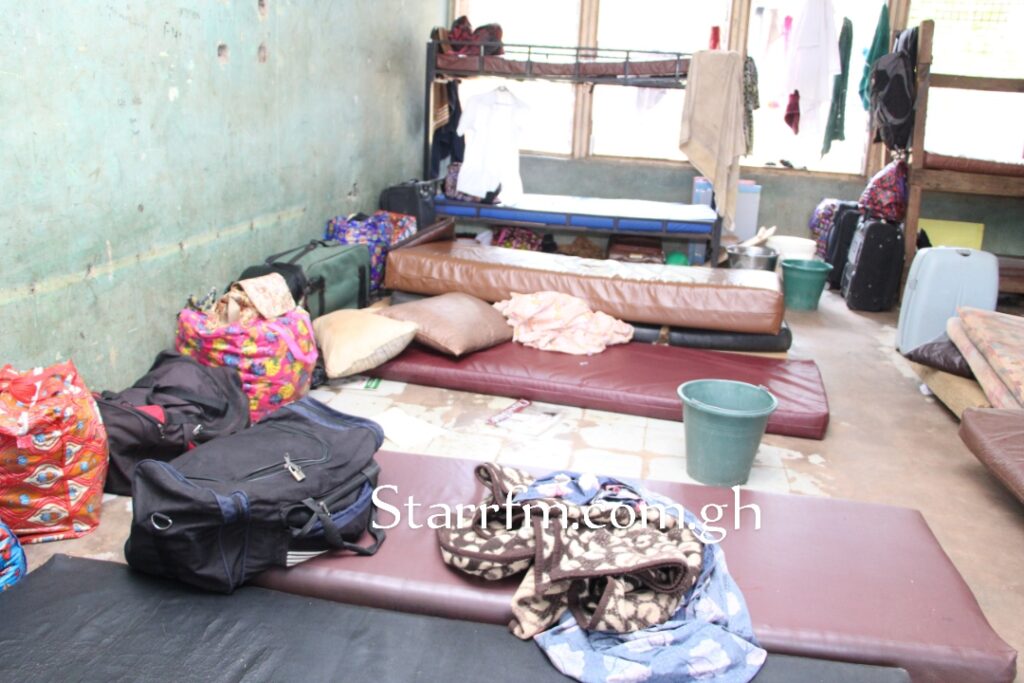 “let me seize this opportunity to first and foremost apologize to the country for the negative reportage that the school had for the past week or two. It is just unfortunate. The video that went viral was taken somewhere in February by one of the old students but the current bed situation at the dormitory is quite different from what the video sort to portray”.

“We are grateful for the quick response we’ve had from the Minister and we promise to take very good care of the beds. I have drawn the attention of the Minister and I have requested for total renovation to be done”

The Chief Perfect in Koforidua SECTECH, Benjamin Ampah Dukakis, said the inadequate bed situation forced some students to sleep on the floor which was a nightmare to many students and affected their academic performance.

“In terms of where to sleep it was a very major problem and for today we are privileged to have these beds, I think this will help subsidize the rate at which students had nowhere to sleep. We thank the President, the Education Minister, we will make all effort to keep it in good condition so that could be passed on to generations to come,” Benjamin Ampah told Starr News.

The New Juaben Municipal Education Director, Victor Degraft Etsison stated that the intervention is a manifestation of the government’s commitment to responding to the needs of the various public Senior High Schools in the country. 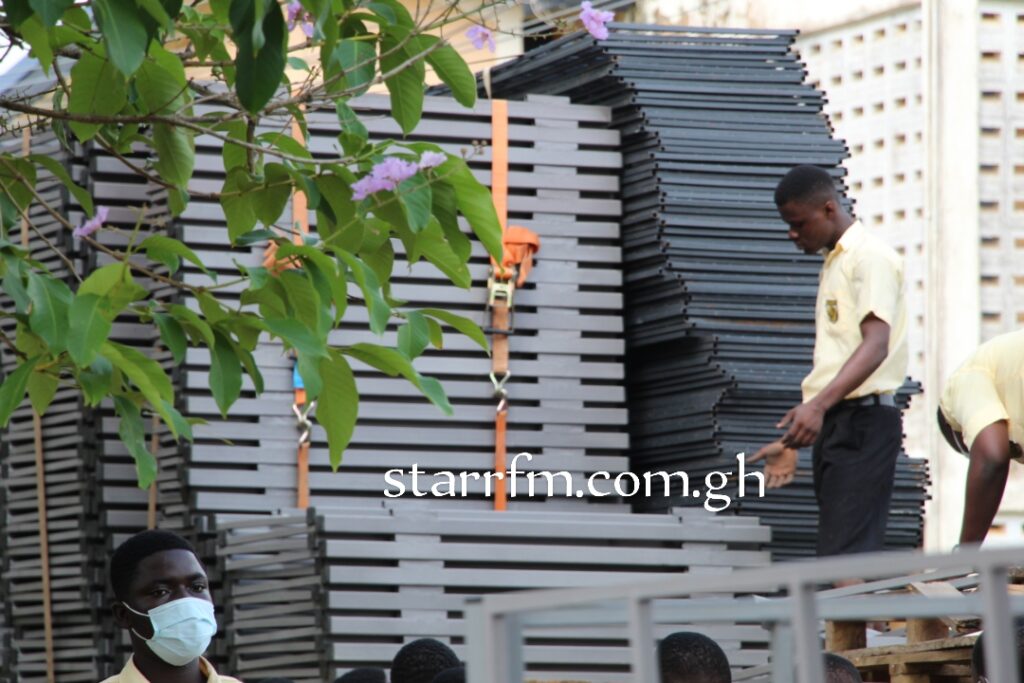 “We thank the Ministry because it is going to really relieve us a lot. Most of our schools have their needs assessments being answered to, this is one of the responses to the school. We are aware that as much as possible government is doing all that it can to assist all the Senior High Schools all over the country”.

Starr News Eastern Regional Correspondent Kojo Ansah who was in the school Monday reports that the dormitories in the school are in poor condition and require major renovation.

Also, it was revealed that the dormitories are congested with at least 40 to 50 students in a room.