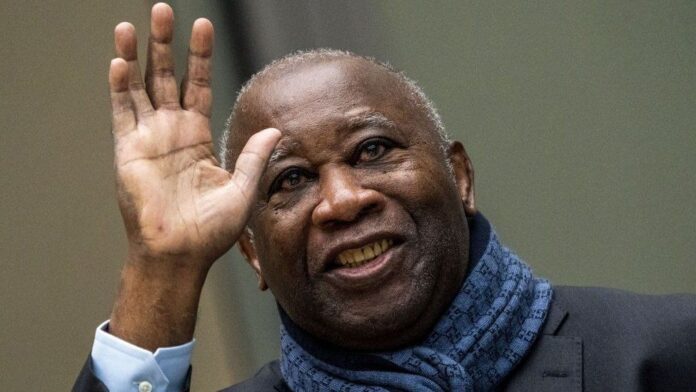 Former Ivory Coast President Laurent Gbagbo is expected to return home, 10 years after he was taken to the International Criminal Court (ICC) on charges of crimes against humanity.

Mr Gbagbo has been living in the Belgian capital Brussels since his release from detention three years ago.

His successor and rival President Alassane Ouattara invited him back.

He was the first former head of state to go on trial at the ICC but was acquitted of all charges.

The 76-year-old was charged after his refusal to accept defeat in a 2010 election triggered a civil war that left 3,000 people dead. He always denied all the allegations.

In March, the ICC appeals court upheld a 2019 acquittal, saying the prosecution had failed to prove its case against Mr Gbagbo and Charles Blé Goudé, an ally and former youth leader who was accused of leading a militia backing him.

Born in the south-central region of Gagnoa in 1945 to a Catholic family, Mr Gbagbo was educated in a Christian seminary and later became a history professor.

He cut his political teeth in the trade union movement where he became a vocal opponent of Ivory Coast’s then one-party state. He started out on the political left, but in the 1980s took a strong nationalist, stance, which critics say bordered on xenophobia.

After 20 years in opposition, he was finally elected president in 2000, but civil war broke out just two years later. Mr Gbagbo’s supporters were accused of carrying out xenophobic attacks in areas they controlled – against those from the mainly Muslim north, immigrants from neighbouring African countries, and Westerners.

They accused former colonial power France and the UN of not doing enough to put down a rebellion which had split Ivory Coast into two, with rebels allied with Mr Ouattara seizing the north.

The crisis led to the postponement of the 2005 presidential elections six times before they were finally held in 2010 but Mr Gbagbo refused to concede defeat to Mr Ouattara after a runoff.

The five months of violence that followed were described as some of the most brutal violence the country had ever seen.

Mr Gbagbo said the dispute over Ivory Coast’s presidency was a fight for Ivorian – and indeed African – sovereignty and he accused the French and Americans of siding against him.

However, this argument did not prevail and the African Union backed the UN’s finding that Mr Gbagbo lost the election and should stand down.

He was finally captured in April 2011 in a presidential palace bunker by UN and French-backed forces supporting Mr Ouattara.