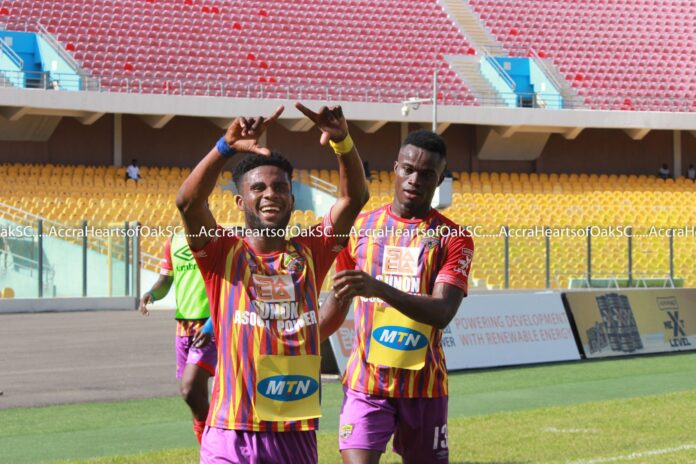 Accra Hearts of Oak SC continued their impressive run of form this season when they sent Liberty Professionals to Dansoman with a defeat.

The Phobians recorded another enviable result in their MTN FA Cup round of 64 clash with a 3-0 victory over Liberty Professionals at the Accra Sports Stadium.

Afriyie Barnie scored a brace for the Ghana Premier League leaders when they afflicted the painful defeat on the Scientific Soccer Lads.

The Ghana U-20 captain opened the scoring on the 19th minute for his outfit before Obeng Junior doubled their lead when they were close to ending the first half.

Barnie again, scored after recess to ensure an emphatic win over Liberty Professionals.