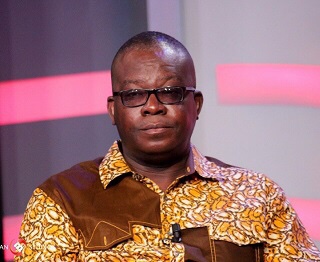 The President of the National Association of Graduate Teachers (NAGRAT), Angel Cabornu, says parents are now free to make their children wear any kind of hairstyle to secondary schools in the country.

It comes after the High Court judgement which directed Achimota School to admit the Rastafarian students who were denied admission over their dreadlocks.

The court among other things said the failure and refusal by the school to admit the applicant because of his dreadlocks, which is the manifestation of his religion, is a violation of his fundamental human right.

Reacting to the ruling, the NAGRAT President told GHOne TV “This ruling is not limited to Achimota school alone, it is extended to all schools so if you’re a parent whatever hair you want your child to wear you are at liberty to let your child wear. It could be Mohegan or any kind of hair even Achormo, you could make your daughter wear.

” And I will advise all our members to not waste their time in attempting to ask why the child is wearing that kind of hair. My understanding is that it is an open situation let us abide by it and enjoy the ramification”.

They were placed at the school through the Computerized School Selection and Placement System (CSSPS) having satisfied the entry requirement by creditably passing their Basic Education Certificate Examination (BECE).

Tyrone Iras Marhguy’s results were attached to the lawsuit to emphasise his academic competence.

The school had asked the parents to cut off their wards’ hair or find another school for them. Though the Ghana Education Student initially directed Achimota School to admit the students, it backtracked after pushback from the school’s stakeholders.

In defence of the school’s decision, the Achimota School PTA said its revised rules and regulations from August 2020 indicate that students must keep their hair low, simple and natural.