Finance Minister Ken Ofori-Atta has requested for more time to respond to urgent Parliament questions over the cost of President Akufo-Addo’s foreign trips on the controversial luxurious private jet.

Due to the request, Parliament’s order paper for Thursday did not capture issues about the private jet sparking concerns among the media and the minority.

On Wednesday, the Business Committee in its provisional order paper advertised that the Finance Minister will today appear in Parliament with details on the cost of President Akufo-Addo’s official travels to France, Belgium, and South Africa.

The order paper for today however failed to capture the item. Though Mr Ofori-Atta was scheduled to answer a number of questions, the chartered flight expenses were not one of them.

North Tongu MP Samuel Okudzeto Ablakwa who first brought the controversial matter to public attention questioned the absence of his question on the order paper on the floor.

Majority whip Frank Annor-Dompreh explained the North Tongu MP has no basis to question the absence of his question since it’s the prerogative of the Business Committee to decide on questions. 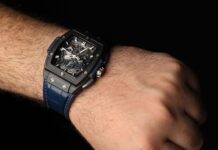