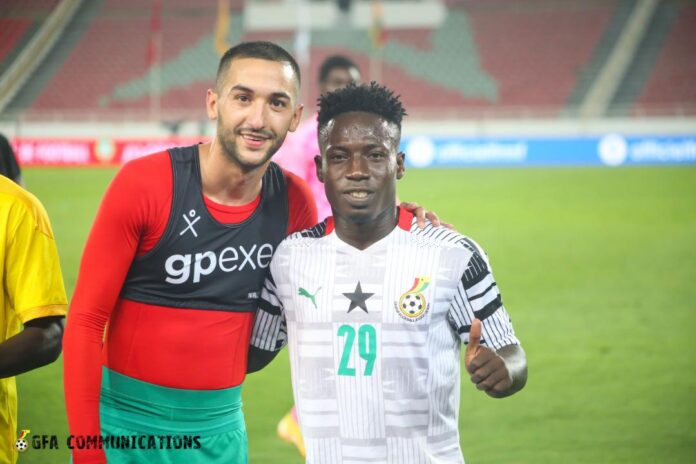 Rashid Nortey who has been in a rich vein of form for the Tarkwa-based club in the Ghana Premier League was introduced into the game by coach C. K Akonnor in the 89th minute of the game, replacing Emmanuel Lomotey.

Rashid Nortey is optimistic of getting the nod in subsequent games for the Black Stars.

He brings a lot to the table having made 24 appearance for Medeama scoring twice and assisted a further five goals in the ongoing Ghana Premier League from midfield.

He hopes to get more playing time when Ghana lock horns with Ivory Coast at the Cape Coast stadium on Saturday.