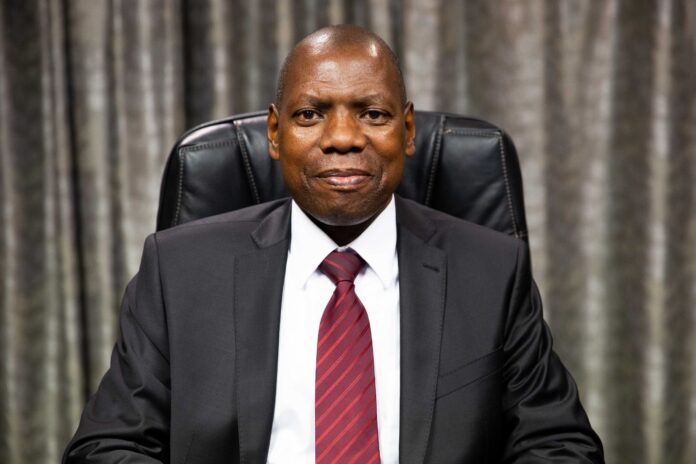 South Africa’s Minister of Health, Dr Zwelini Mkhize, is getting widespread praise for his adroit handling of the COVID situation in the country.

Mkhize like many African ministers of health, is under enormous pressure due to the unpredictable nature of the virus which has seen many countries exhaust their lifelines and mostly haven to improvise.

Mkhize has built on an enviable leadership quality that is shaping his grasp of what has been a very challenging period for healthcare administration and governance in the country.

Our resident International Affairs Expert Kumi Agyei looks at what has been a stelar performance so far by Dr Zwelini Mkhize in the handling of the situation in South Africa.

While leaders in the United States and Brazil rejected scientific and medical advice, and chose to embrace conspiracy theories, South Africa’s Ministry of Health immediately adopted a science and fact-based approach to fighting Covid-19. The Ministry fought the virus, not the science.

Since the first coronavirus case was reported in South Africa on 5 March 2020, the planning and strategies of the Ministry of Health was centred on curtailing the spread of Covid-19 infections and protecting the country’s health system. This was achieved through an integrated approach with the South African government.

One of the first things that Minister of Health, Dr Zwelini Mkhize, did was to appoint a Covid-19 Ministerial Advisory Committee (MAC) to provide him with high-level strategic advice. The MAC on COVID-19 consists of four committees:

Each of these committees reviewed local and international research and experiences, and advised Minister Mkhize on the management, delivery, and co-ordination of services related to the Covid-19 response.

Allied to the MACs was the formation of the National Command Council (NCC) – which comprises a number of scientists, medical professionals, and government officials – all leaders in their respective fields. The NCC guided government’s response to the pandemic – including its decision to implement a Level 5 lockdown of the country between March and April 2020. The sometimes stringent – but disciplined – approach to managing the pandemic saw infection rates dip drastically in the first wave.

The results of this holistic team were the quick establishment of field hospitals around the country to cope with a predicted surge of Covid-19 patients during the first wave of infections. This eased the burden on saturated permanent hospitals and facilities. The MAC understood that in the South African context, the management of quarantining was paramount. For individuals who were unable to self-isolate or quarantine themselves at home in the first wave, the government provided 438 quarantine facilities across the country. This significantly reduced the spread of the virus within communities.

Community health workers and local clinics that service rural and township settlements were equipped with personal protective equipment (PPE), testing facilities and necessary education to effectively safeguard their communities during the first wave of this pandemic.

The National Control Council’s integration, engagement and co-ordination with the MAC resulted in the creation of these life-saving infrastructures.

During the country’s summer holidays (December 2020 – January 2021), South Africa entered the second wave of infection. The Health Department’s pro-active approach continued. Nelson Mandela Bay in the Eastern Cape province had already been declared a hotspot, and resources were mobilised for that city. Minister Mkhize had already been to coastal areas where infection rates were rapidly rising to assess what resources needed to be sent there. He continued to mobilise resources to these challenged areas as much as possible. President Ramaphosa addressed the nation, warning of possible lockdowns and restrictions if the public did not remain vigilant about mask-wearing, social distancing and sanitizing.

While other world leaders were already touting instant miracle cures and vaccines at that time, the Health Department adopted a sensible approach by emphasising non-pharmaceutical interventions like mask-wearing whilst it explored the formidable challenge of securing appropriate vaccines for more than 50 million citizens.

Throughout the pandemic, representatives of the Ministry, led by Minister Mkhize, were hands-on, visible and vocal in their messaging and communications around Covid-19.

Daily statements from the Ministry outlining rates of infections, testing, deaths (and later vaccinations) were provided to media via email, WhatsApp and other channels.

A dedicated coronavirus website was established.  The site was free to access – even without an internet connection. The portal contained information on symptoms, treatments and contacting health authorities, as well as a host of resources for media.

The Ministry communicated a clear and unequivocal message of hand-washing, mask-wearing and social distancing that was run on diverse communication platforms in all of South Africa’s main languages. This approach ensured that even the least socio-economically empowered could take the necessary measures to curb Covid-19’s spread.  All of the co-ordinated messaging and planning – including the countrywide lockdown – hinged on one specific principle: containment.

The Ministry also communicated these messages via music to reach the country’s youth. An example of this innovative approach is the production and dissemination of a music video by the Ndlovu Youth Choir.

The science behind the Covid-19 fight was simplified for media and the public at large. As an example, head of the Covid-19 MAC, Prof Saleem Abdul Kareem, often presented and explained the virus’s trajectory in an easy-to-understand manner. He also made himself available to various media for interviews. The head of the Vaccine MAC, Prof Barry Schoub, later adopted this approach, when the country’s vaccine rollout began.

The Ministry also celebrated and honoured the role of health-care workers serving on the frontlines of the pandemic. This served as an encouragement to them and increased morale.

Although South Africa participates in the COVAX Facility which should have allowed the country to gain rapid access to vaccines, the supply of vaccines was initially limited and available only to those at high risk of exposure, such as the medically vulnerable and frontline health care workers.

Head of the Vaccine MAC, Prof Barry Schoub, outlined consistently to government, media and the public that the vaccine rollout would be a gradual process due to developed countries scooping up billions of doses in advance before the vaccine trials were even completed.

The Health Ministry received its first batch of vaccines (Astra-Zeneca) at the end of January 2021. The unparalleled speed at which vaccines were tested, manufactured and distributed to combat an ever-changing virus presented unprecedented challenges to the Ministry.

The Ministry was forced modify its rollout of the AstraZeneca COVID-19 vaccine, after research suggested it offered diminished protection against the 501Y.V2 variant prevalent in South Africa. Prof Schoub and others in the Ministry were clear in explaining this crucial decision to the country, and the no-win situation that the Ministry found itself in:

The Ministry then began vaccinating health-workers with the Johnson & Johnson vaccine through the Sisonke Programme. Within the space of a week, the Ministry of Health, together with other stake-holders involved in this initiative:

The Ministry has now begun the vaccine rollout to the wider population and has begun with people aged 60 and above.

Messaging on the vaccines

The Ministry, together with health-care professionals in the country, embarked on an intensive media campaign  – that ran on traditional and social media – focusing on several aspects of the vaccine rollout in South Africa. These addressed the following:

From the day that the first case was reported in South Africa until vaccines were rolled out, South Africa’s Ministry of Health has ensured that, unlike countries like the United States and Brazil, the South African health authorities have allowed science – not fake news and misinformation – to guide its Covid-19 response.

South Africa will be firmly on its way to navigate the 3rd wave if they stick to the success formular rolled out by The South African Ministry of Health in 1st and Second wave.