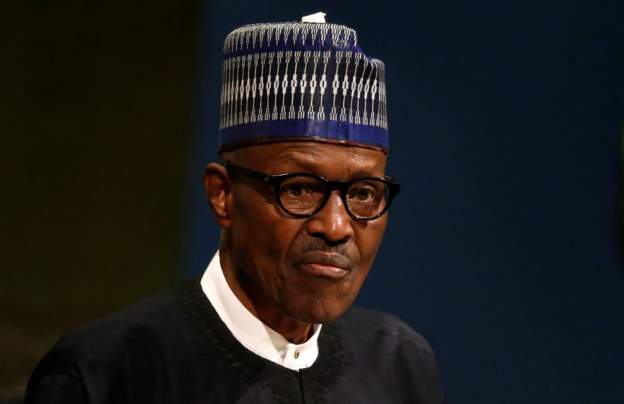 Twitter has deleted a tweet by Nigeria’s President Muhammadu Buhari about the escalating violence in the south-east, saying it violated its rules.

“Many of those misbehaving today are too young to be aware of the destruction and loss of lives that occurred during the Nigerian civil war. Those of us in the fields for 30 months, who went through the war, will treat them in the language they understand,” it said.

Many Nigerians had reported the message to Twitter, wanting it to be taken down as they regarded it as threatening and a declaration of war.

It was the last in a series of tweets in which the president was responding to a briefing by the head of Nigeria’s electoral body, Inec, whose offices in parts of the south-east had been burnt down.

Police stations have also been targeted, with many officers killed in recent weeks.

The authorities have blamed the attacks on the armed wing of a banned separatist group, the Indigenous People of Biafra (Ipob) – though it has denied involvement.

Ipob campaigns for independence for Nigeria’s south-eastern region, where the ethnic Igbo people form the majority.

More than 50 years ago, Nigeria descended into a brutal civil war when Col Chukwuemeka Ojukwu unilaterally declared the independent Republic of Biafra in the south-east.

President Buhari, a former military ruler, fought in the civil war in which more than million civilians died in fighting and from famine.
Source: Graphic