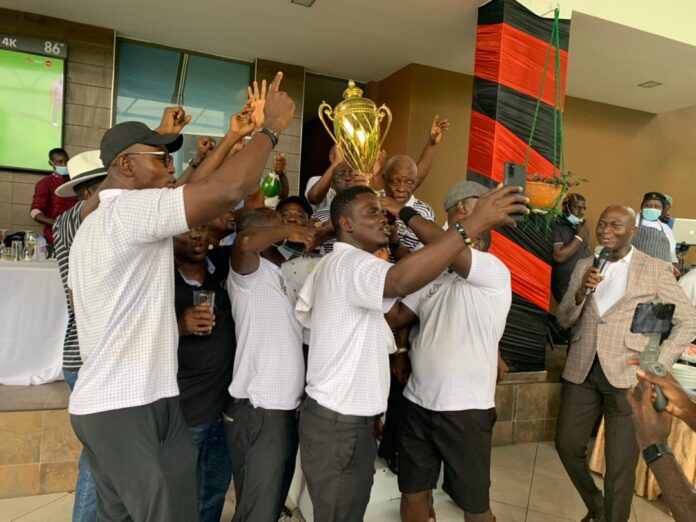 At a colourful and well attended event graced by the Okyehene Amoatia Ofori Panin who did the ceremonial Tee-Off with Sir Sam Jonah, the Santa Clausians dominated the championship over their colleagues from MOBA. 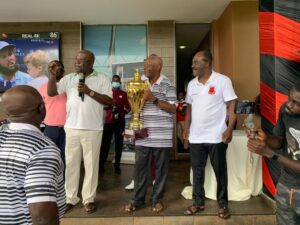 Old students from these two schools competed in the 6th edition of the Sir Sam Jonah Golf Cup in honour of Sam Jonah who is an old student of Adisadel college.

The event attracted several dignitaries including the Special Guest of Honor His Majesty Osagyefuo Amoatia Ofori Panin, Sir Sam Jonah in whose honour the Championship was played, Ibrahim Mahama, Dr Asimenu(Stanbic Bank) Nathaniel Kwabena Adisi(Bola Ray) and many business leaders in the country. 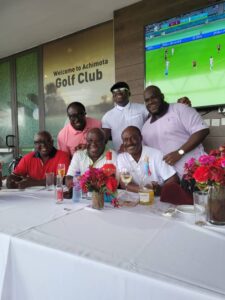 The tournament which saw Mfantsipim the defending champion lock horns with the Santa Clausians, teed off at 8:00am with each team fielding 14 golfers in seven rounds of Golf. 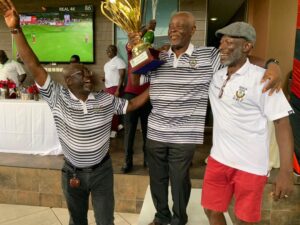 In the end Adisadel College came out victorious defeating Mfantsipim school to win the giant trophy at stake and the bragging rights for the year.

In his remarks Sir Sam Jonah was grateful and full of praise for the honour done him by the event Organizers and the various Sponsors and thanked them and his compatriots for putting together one of the best golf events the country has witnessed.