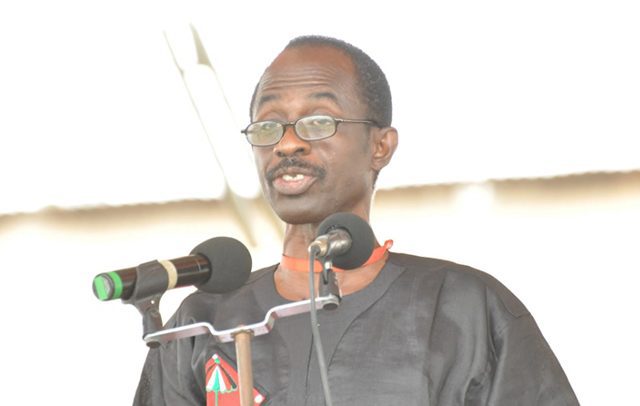 General Secretary of the National Democratic Congress(NDC) Johnson Asiedu Nketiah says they will stop at nothing to ensure the verdict of the Cape Coast High court in relation to the dual citizenship case of the Assin North MP is overturned.

“We know that the EC, Government and Judiciary can collude to disfavour our interest in this saga but we’ll fight hard in court because that is our only option. I won’t be surprised if the EC may swerve us and go ahead with a by-election even when we’re in court but we will stay the course in our legal battle,” he told host Bonohene Baffuor Awuah on Ghana Kasa Thursday.

According to him, there were machinations within the judicial system that ended up with the “miscarriage of justice” in the Assin North legal challenge but they remain unfazed and will fight it.

The main opposition NDC has said it will apply for Stay of Execution in the Cape Coast High Court judgment that nullifies the election of the Assin North MP James Gyakye Quayson.

According to the National Communications Officer of the party Sammy Gyamfi, although the party is ready for a by-election, they will insist on justice to be served in the matter.

“Let me put on record that the NDC is not afraid of any by-election. We are confident of victory in any by-Election if we get to that stage. All we want is for justice to be done. And we will stop at nothing to ensure that justice is done.

“Our lawyers will apply for a Stay of Execution of the orders of the trial judge and Appeal the flawed judgment ASAP. This travesty of justice will not be allowed to stand.

“The NDC is also determined to formally petition the Judicial Service for disciplinary action to be taken against the Registrar and other Judicial Officers of the Cape Coast High Court who engaged in those shameful gymnastics earlier this morning. Such partisan and unscrupulous persons are not fit to serve in that respectable independent arm of government,” Mr Gyamfi wrote in a statement after the judgment.

The Cape Coast High Court has cancelled the 2020 Parliamentary election held in the Assin North constituency which saw the opposition National Democratic Congress(NDC) candidate Joe Gyakye Quayson being elected as Member of Parliament.

The Court presided over by Justice Kwasi Boakye on Wednesday, July 28, 2021 ordered for a fresh election to be conducted in the constituency.

The court has also restrained James Gyakye Quayson from holding himself as the MP for Assin North constituency.

The petitioner, Michael Ankomah Nimfah, went to court claiming that Quayson held dual citizenship as a Ghanaian and a Canadian at the time of his election, and therefore must be restrained from performing the duties of a Member of Parliament.