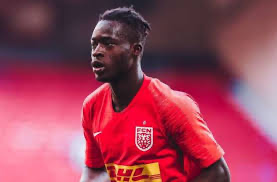 Ghanaian young sensation Kamaldeen Sulemana has passed his medicals ahead of a move to Ligue 1 side, Stade Rennais.

Kamaldeen Sulemana is expected to seal his transfer to the French club in the coming hours in a deal worth around 15 million Euros from Danish side FC Nordsjaelland.

The 19-year-old was initially rumoured to be joining former team mate Kudus Mohammed at Dutch Champions, Ajax but the deal could not be done.

Nordsjaelland reportedly reached agreement with Rennais and Ajax for the highly-rated youngster but the final decision was for Sulemana to make and he opted for the French club.

Kamaldeen Sulemana had a stellar campaign with Nordsjaelland in the Danish Superliga last season having scored 10 goals and provided 8 assists in 29 appearances.

He also has two caps for the Ghana national team after making his debut in October 2020.