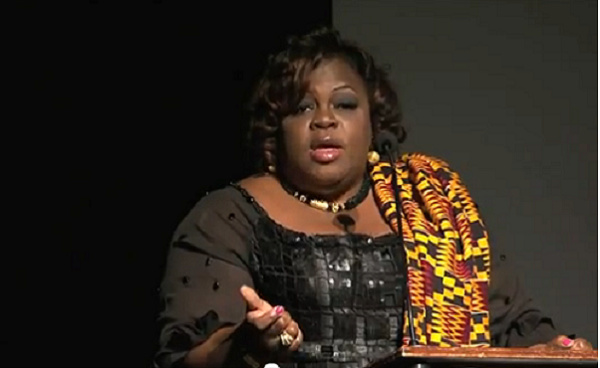 According to reports, the former BET Director passed away on Sunday, July 4, 2021. The cause of her death is known yet.

Lilian Blankson’s last tweet which was posted on Tuesday, June 29, 2021, has brought many to tears. Her last tweet is about putting one’s pride and ego aside and growing up.

“Sometimes you have to eat your words, chew your ego, swallow your pride and accept that you are wrong…. It’s not about giving up – It’s called growing up,” she tweeted.

Her death came as a shock to many Ghanaian entertainers.

Rapper Edem who once got the chance to appear on Ghana’s first BET cypher through Lilian Blankson’s plug acknowledged her efforts on Twitter.

“Dear @lilianblankson, you did so much for Ghana Flag of Ghana and the Continent #Musically…Rest in Peace and thanks for Opening all those BET doors for us #RESTWELL,” he tweeted.

Sarkodie thanked her for her service.
“RIP Mama Lily @lilianblankson…Yedaase,” he tweeted.
The family Lilian N. Blankson are yet to release an official statement on her passing.

One of her greatest moments was in January 2008 when she was selected to help in the launch and operation of BET Networks’ International channel in the UK, Ireland, Africa and the Middle East.

She would later serve in various roles: Director of Programming, Content Writer and Producer, Talent Relations and consulting on African Programming. All the while, she was committed to the advancement and positive promotion of Africa and its artists.

Apart from her involvement in BET’s profiles of African artists, a Ghanaian Cypher with D-Black, Sarkodie, Kwaku T, Ayigbe Edem, Tinny, BabyG and Reggie Rockstone that she produced, arranged and directed made history. It garnered over 50,000 views collectively in less than a week and was included as part of the BET Hip-Hop Awards exclusively for the international channel.

An accomplished writer, Blankson has written for various publications including Vibe, Newsweek, and Essence magazines. Her first book, Rain Love Poetry & Portraits — a coffee table book with exquisite portraits that masterfully portray poetry — has been sold throughout the US, the UK, Ghana, and Nigeria.

With a distinguished 22-year career in the fields of entertainment and television, Blankson sadly passed away on Sunday, July 4. Tributes from the world of entertainment have been pouring in for the content creator and producer.

Before her passing, the former BET director was the record label head of LNB Entertainment, where she oversaw and managed the solo career of Nigerian superstar Wondaboy. She had also created and designed African concerts and music specials as well as unveiled a book of African Short Stories: Awaiting Fate & Other Talking Texts on Amazon.