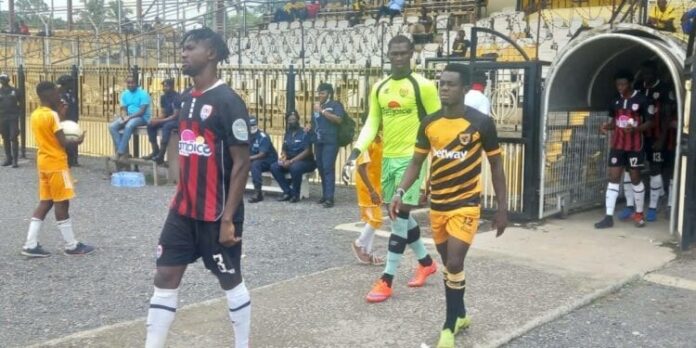 Inter Allies defender Hashim Musah has revealed in the most shocking manner that he deliberately scored two own goals to destroy the investment of bettors following the side’s 7-0 defeat against Ashantigold on the final day of the Ghana Premier League in Obuasi on Sunday.

The defender claims a betting syndicate infiltrated their camp and pegged their match at 5-1.

However, he climbed off the bench to score a deliberate two own goals to damage the match-fixing agenda being orchestrated by a betting syndicate.

While the defender has received some form of praise from some quarters for boldly destroying the bet, others believe his action has brought the game into disrepute.

The center-back has revealed the motivation for scoring two own goals.

“I heard it in our hotel that there was a correct score line of 5 goals to 1 against my club inter allies. I decided to spoil that bet because I don’t condone betting,” he told Kumasi FM.

“After the game my technical team commended me for spoiling the bet they had staked.

“I promised my coach that if he allows me to play from the bench I will spoil the bet and after the game my team congratulated me.”

The roots of the latest scandal is unclear but the Ghana Football Association has a lot on its hand to deal with the problems of betting and match-fixing.