The Speaker, Alban Bagbin, is on record to have said homosexuality is worse than COVID-19.

Commenting on the development on Facebook, Mr. Mubarak who is former MP for Kumbungu said the Madina MP must recognize that his constituents who voted him are against LGBT rights.

“The Madina MP is courageous but foolishly courageous. He’s in Parliament representing the people of Madina. If he’s minded, majority of the people he represents are very opposed to the things he seeks to defend.

“His is a lost cause and quite sad he’s not putting his constituents first. And for the record, I had called Sosu on Friday and Saturday to see if what had been attributed to him in the last 3days is true, but got no response”.

Ghana’s Speaker of Parliament is a known hardliner against rights of the LGBT community.

“This world was created by God as a society, is created for us to enjoy and commanded us to procreate and fill the world, now we know those who actually believe in God, now we know where religion actually started.

“This pandemic must be fought by all of us. I can tell you is worse than covid 19, now am happy our beloved country Ghana is together in this. The faint-hearted will soon be stranding to come back to join the fight. His Excellency the President has spoken, our traditional leaders have spoken, our religious leaders have spoken together, Ghanaians have spoken,” the Speaker said about the community last month in Parliament. 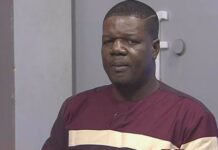