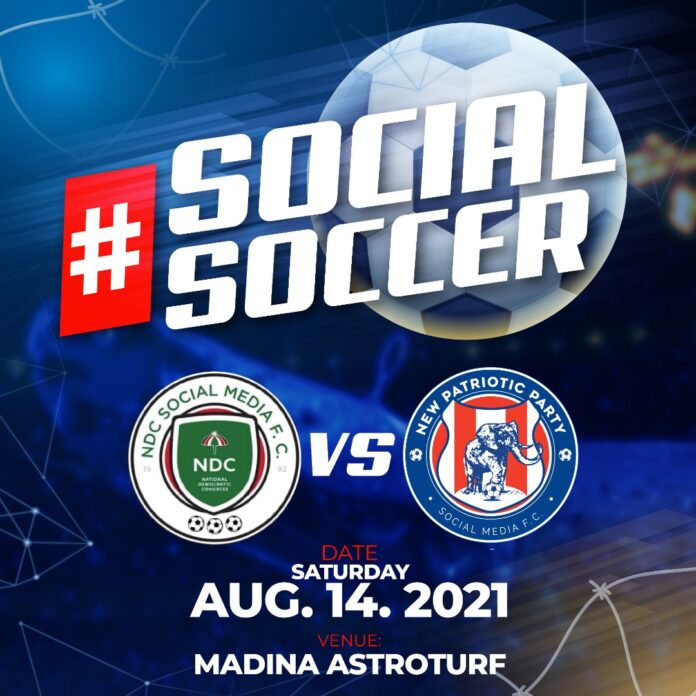 They are the two major political parties in the country and their social media teams have engaged in vicious battles over the years. Some of their battles on social media have engaged the nation’s attention while some have been met with disdain.

But it is not all about politics, or competition of ideas and ideological differences as the social media teams of both the NDC and the NPP are set to battle boot-for-boot in a friendly match on August 14, 2021, at the Madina AstroTurf.

The event, being organized by The Campaign City has been dubbed “Social Soccer” and it seeks to bring all the Social Media handlers of the two political parties together to promote unity amongst the members.

Football is one tool believed to foster unity and promote peace amongst people. The “Social Soccer” event is to bring all parties together for this very purpose.

The #SocialSoccer match is also to enlighten members of both parties of the need to sanitize the media space and to clear any perceived friction between the two parties.

The Campaign City (The Team) is a wholly-owned Ghanaian company registered under the Companies Act, 1962 in 2008. Campaign City has become one of the leading professional service providers in Ghana in the advertising, events, and marketing industry.

The firm provides services to both multinational and local companies, as well as individuals.