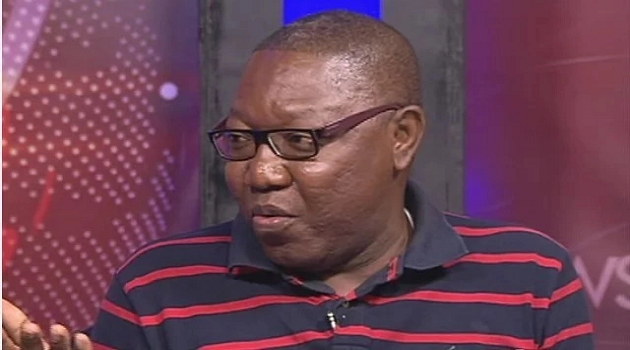 The Member of Parliament for Builsa South Clement Apaak has noted that the Minority in parliament will not rescind their court action to challenge the Presidential Spouse emoluments.

First and Second Ladies Rebecca Akufo-Addo and Samira Bawumiah have both announced that they will return allowances paid from 2017 to 2021 amounting to GHC899,000 and GHc887,482 respectively.

This, according to Mr Apaak, will not deter him from continuing the court action.

Speaking on the Morning Starr Tuesday with Lantam Papanko, the former Presidential staffer said “if Mrs Akufo-Addo‘s office thinks by doing this, my colleagues and I will withdraw our case from the court, she should come again.”

He wondered if the First Lady was returning the money with interest.

“Is she refunding the money with interest? This is a question many Ghanaians and I are asking.”

In his opinion “the traditional way of supporting the first lady has been in place since 1993 and it’s come to them under gov’t machinery. There’s no issue about that.”

On the request by Bono NPP Chairman that former First and Second Ladies should also return allowances paid to them, he noted “the two issues are different and we need to distinguish between them. Allowances given to Lordina and Nana Konadu were not unlawful. Why should Lordnina refund money? Has she acted unlawfully? Are you saying Konadu should refund the money? Has anybody gone to challenge how the money was paid to them.”

“The recommendation of setting up an independent emoluments commission is long overdue.”

He said further noted “we won’t amend our suit. We went to court very confident and sure of what we intended to achieve and that hasn’t changed.”