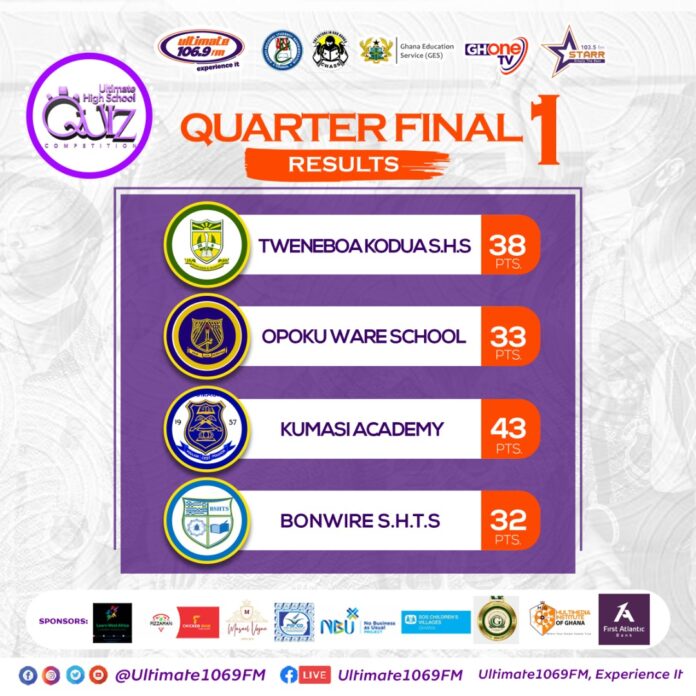 In a charged atmosphere at the Auditorium of Anglican SHS in Kumasi, Kumasi Academy were a delight to watch as they sailed through to the semi finals with an impressive performance to win the first quarter final contest. Tweneboa Kodua were also in their elements as the school ensured that Owass and Bonwire were denied a place in the semis.

In the other quarter final contest St Hubert Seminary and Konongo Odumase SHS picked the two semi final tickets ahead of Ejisu SHTS and winners of the maiden edition Armed Forces SHTS.

The 50 points gunnered by St Hubert Seminary is one of the highest at this stage of the competition and sends a strong signal to the other competing schools.

The two remaining quarter final contest will be held on Thursday.

Below are the full details of the results from the first two quarter finals. 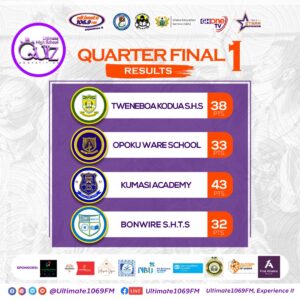 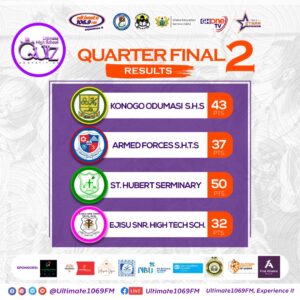