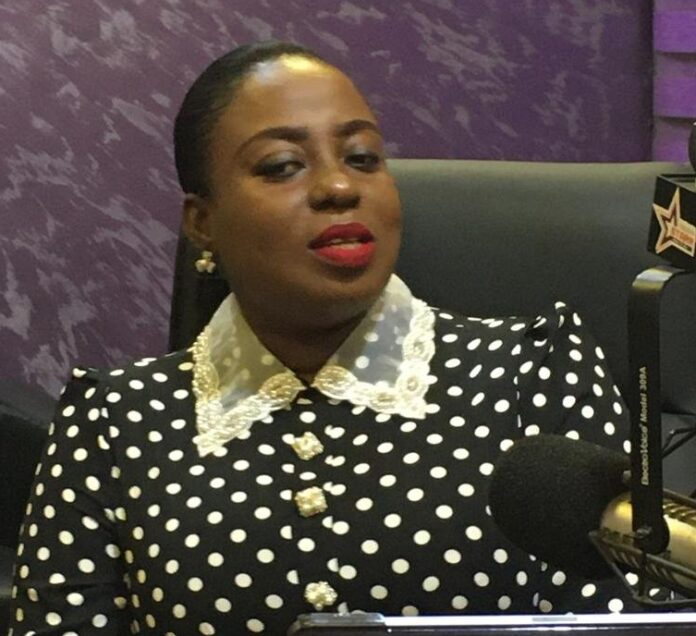 A Deputy Director of Communications of the National Democratic Congress (NDC), Obuobia Darko-Opoku says the approval of salaries for the First and Second ladies is unnecessary.

According to the former parliamentary candidate for Weija- Gbawe, the first and second ladies of Ghana do not need salaries aside from their existing allowances.

Speaking to Nana Aba Anamoah on Starr Chat Wednesday, the former broadcaster said “I think the emolument for presidential spouses is unnecessary. The people are angry and some of these things get them angrier. It’s creating unnecessary tension and it’s a wrong time to bring up these things”.

She added: “Adding former first and Second ladies was to smooth things. It is wrong timing to confront us with these salaries. They don’t need it”.

Meanwhile, the Youth Wing of the opposition National Democratic Congress says it will challenge Parliament’s approval of the salaries.

“Indeed, the Constitution never clothed the Emolument Committee any power to introduce any category of persons to benefit from the Consolidated fund without due regard to article 108.”

“It is our considered view that the Committee erred in making such recommendation. The bully approval process by the NPP majority in the last Parliament and subsequent acquiescence of President Akufo-Addo of the recommendation is an unjustifiable assault on the Constitution, which must not go unchallenged,” a statement signed by the National Youth Organiser of the party George Opare Addo said.