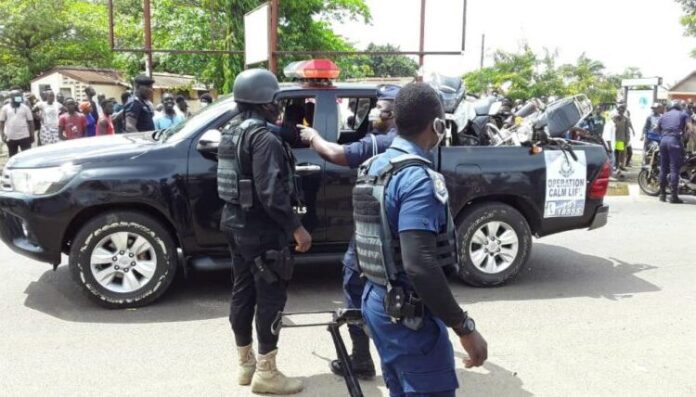 Fourteen suspects have been arrested in connection with the alleged defilement of a 13-year-old girl at Gomoa Adzintem.

The arrest comes on the back of the special deployment of some Formed Police Unit (FPU) personnel to the area Friday night as news of the incident broke.

Two Pump-action guns, two single-barrel guns, machetes, and other weapons were found on the suspects, the Police said in a statement.

The suspects are in police custody as investigations continue. 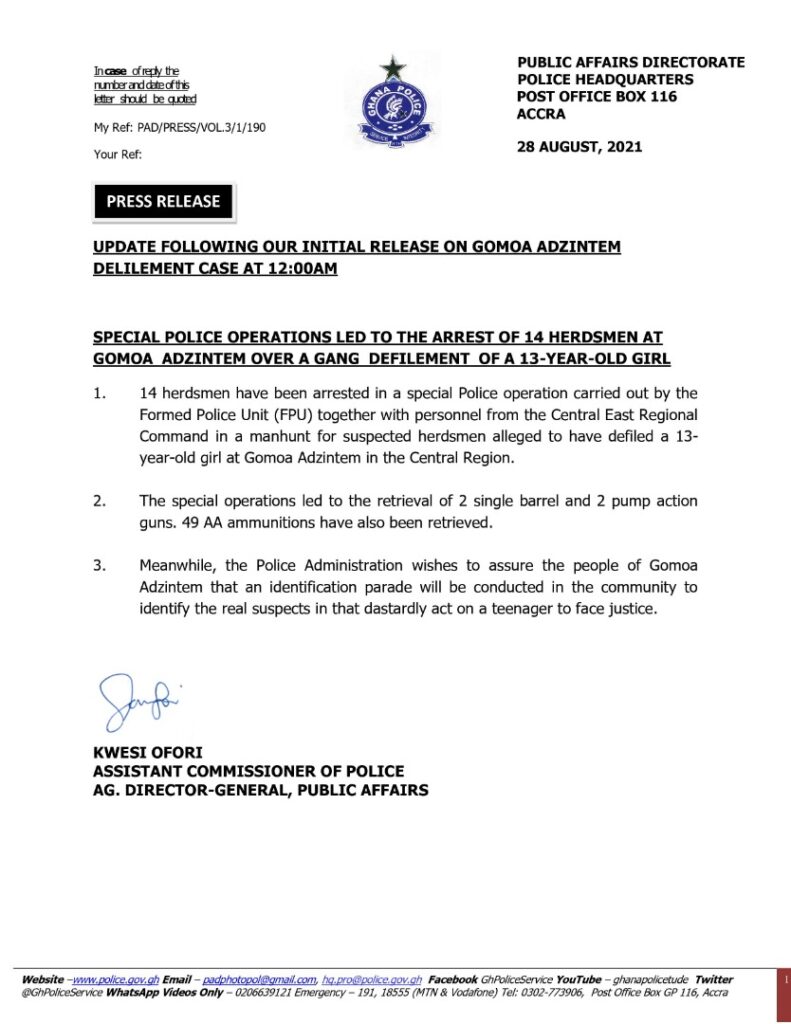 The victim, according to the Police, is responding to treatment.