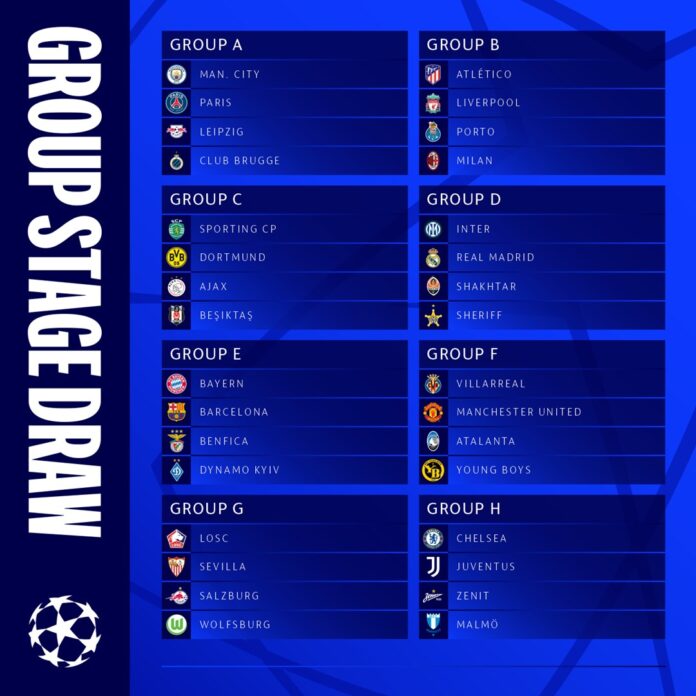 Holders Chelsea are drawn with Serie A giants Juventus, while Manchester United play Villarreal, who beat them in last season’s Europa League final.

Liverpool have been drawn alongside Spanish champions Atletico Madrid.

This year’s Champions League final takes place at the St Petersburg Stadium in Russia on Saturday, 28 May.

Below is the full draw for this seasons Champions League. 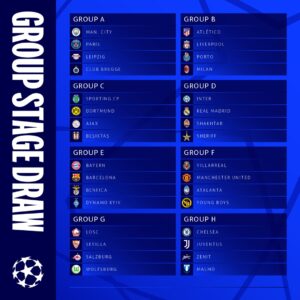