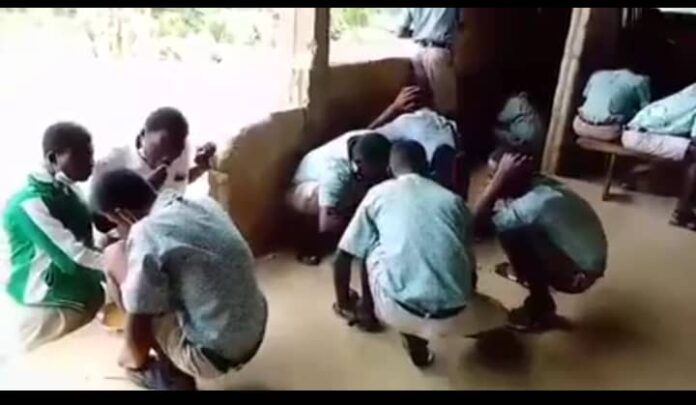 St. Stephens Secondary Technical school (STEPSS) in Akyem Asiakwa in Abuakwa South Municipality in the Eastern region is reeling under serious infrastructural and furniture crises amidst the exponential increase in the population of students as a result of Free Senior High School policy.

The infrastructural and furniture crises in the school have forced students to sit on the floor to learn, stand to eat at dining, and sleep in an uncompleted dormitory block.

St. Stephens Secondary Technical school (STEPSS) located in Akyem Asiakwa in Abuakwa South Municipality in Eastern Region was established in 1978 as a private community day school and absorbed by the government in 1985. The school attained boarding status in 2019. 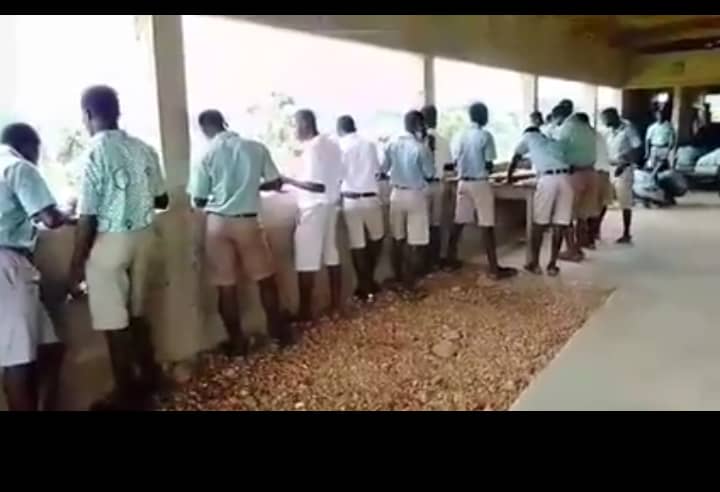 The school has not received any major infrastructural expansion and supply of logistics despite the exponential increase in the student population.

The Headmaster of the School, Frank Appiah lamented that “the school has never benefited from any package in respect of the distribution of school buses from the government to SHS’s since the adoption of the school by the government in 1985.”

Classrooms are congested while inadequate furniture forces students to either lean against walls or sit on the floor to learn or lean, and stand to eat at dining.

He said “students population have increased tremendously which has become necessary for the school to increase classrooms furniture. There is serious congestion in classrooms, some students at the moment sit in two in one mono desk, others also stand and some also sit on the floor for lessons .which is hindering effective teaching and learning.“

The school currently has a mono desk deficit of 1,114. Teachers have no furniture to sit on to even mark exercise.

Despite having over 1000 boarding students, not a single teacher lives on campus due to the lack of bungalows.

A GETFUND project of one-storey dormitory block that started six years ago has not been completed. The project is 90% complete but according to the headmaster”, all efforts to persuade the contractor have proved futile. Though not complete, the school authorities are compelled to ask border girls to occupy the building because there is nowhere to house them.”

The school has no vehicle hence uses rickety vehicles and hired commercial vehicles for its activities.

The headmaster stated that the Assembly hall is being used as a dining hall and classroom for five classes. The lack of dining tables and chairs forces students to either sit on the floor or stand to eat while holding their meal. “This school is also without a kitchen. The kitchen staff operate under an open shed making the place vulnerable. During raining season, the kitchen staff finds it difficult operating which affects the school’s timetable and instructional hours”.

At the moment there is no single Bungalow at the compound for staff. All the staff members commute from Sasakwa and its environs. What makes the situation serious is the difficulty in controlling the more than 1000 boarders especially at the night. No tables and Chairs for teachers therefore teachers stand throughout to teach, have no tables to mark exercises, exams. No furniture in the staff common room.”

The ICT Lab in the school is very very small which cannot even accommodate one class at a time. some students have to stand outside for their colleagues to finish before they also have their lessons.

To ameliorate the plight of the school, the Benjilo Foundation founded by the Director of Finance at the National Youth Authority, Benjamin Akaa Otoo, a native of Kyebi has donated 200 pieces of mono desks to the school.

Otoo Okyenhemaa Nana Adutwumwaa Dokua amazed by the challenges of the school assured of lobbying with the appropriate authorities to come to the aide of the school.