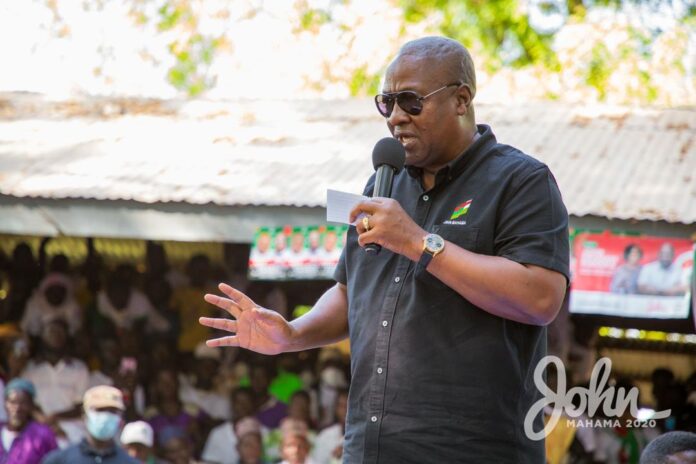 Government, he said, must also ensure that the Office is given all the support to undertake its work.

The new Special Prosecutor, Kissi Adjabeng, was sworn into office earlier this month. His appointment follows the resignation of Martin Amidu, who accused and described the President as the Mother Serpent of corruption.

Responding to a question during an engagement with journalists in Tamale on Thursday, Mr. Mahama recounted the complaints of the previous Special Prosecutor that prevented him from doing his job effectively and expressed the hope that the new one will get the needed cooperation.

“The first Special Prosecutor did not get the kind of cooperation he needed to be able to do the work that he had been given. We heard him complain about funding of the office, in terms of logistics and finance to recruit the kind of personnel that he needed to do the job,” the former President said.

“We also heard many complaints where the executive and the political establishment had attempted to interfere in his job. The beauty of the Special Prosecutor is the independence of the office and his ability to investigate corruption notwithstanding whose ox is gored. When you take that independence away, it robs the office of its usefulness,” he stressed, adding “we hope that those things will be corrected under this new Special Prosecutor”.

Mr. Mahama maintains that what will determine whether Mr. Agyabeng will be successful or not will depend on how he is able to investigate and prosecute corruption cases that have come up within the last 5 years involving appointees of the Akufo-Addo and Bawumia government.

“I hope that he will move that expertise and brilliance into the job of investigating corruption across board… the fact that this particular President and government appointed you, are you going to be able to cut through that and be able to go into investigating acts of corruption that are taking place, not only under the government but with people who are very close to the centre of power? That will determine whether he is successful or not” he concluded.

Former President Mahama is in the third of a scheduled 16-Region tour to thank Ghanaians for the support given him and the NDC, and voting for him and the NDC’s parliamentary candidates in the December 2020 elections.