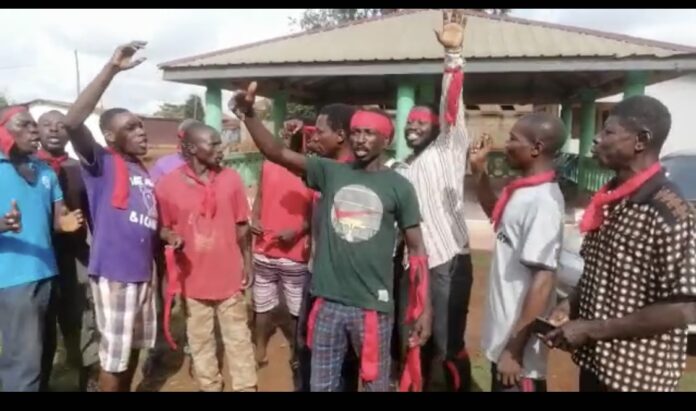 There is tension brewing at Gomoa Adzintem after four Fulani herdsmen allegedly gang-rapped a thirteen year old girl and butchered her father before shooting him, in the Gomoa East District of Central Region.

The youth have gathered and threatened to kill any Fulani herdsmen they see in their area.

The victim Kwabena Quaye who narrated his ordeal to Kasapa FM’s Yaw Boagyan said himself and the daughter are now living in fear and panic.

He recounted that his home was attacked at night and was subsequently robbed, shot and his daughter gang-raped.

He disclosed that blood oozed out of his daughters private area after the incident perpetrated by four hefty men.

Speaking again to Boagyan, some of the aggrieved demonstrators complained bitterly over the rampant maltreatment by Fulani herdsmen in the area

According to sources, the Fulani herdsman have been destroying their farm crops and terrorizing residents  accusing them of stifling the development of the area

The aggrieved youth have also sent a stern warning to all the Chiefs in the District to desist from selling hand for the Fulani herdsmen or else they will face the consequences.

Meanwhile, the Chief of the Community Nana Obrempong Essel Andoh has lamented over the unfortunate occurrences by Fulani herdsmen.

He has appealed to the IGP COP DR. Akuffo Dampare to beef up security in the area.

The chief noted that the incident has been reported to the Gomoa Dominase District Police command but no one has been arrested.

According to him, their lives are in danger and so does not want any herdsmen living in the area anymore.

He has also given the police a 24 hour ultimatum to update them on the matter or take action. 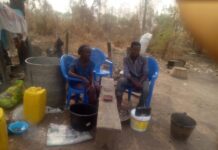