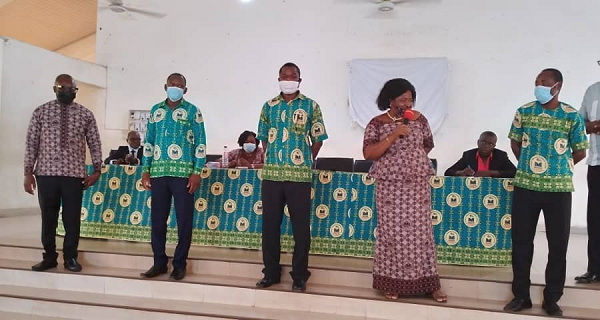 The Volta Regional Branch of the National Association of Graduate Teachers (NAGRAT) has called on the government to ensure the safety and well-being of teachers in schools across the country.

The call from NAGRAT is necessitated by a recent attack on a teacher of the Three Town Senior High School in Denu, in the Ketu South Municipality of the Volta region by a student on Wednesday, 11 August 2021.

The victim, Mr John Akey Kwashie sustained deep cut wounds on his upper arm when he attempted to prevent a final year Visual Arts student, Gilbert Akakpo from bullying some first-year students of the school.

The attacker who used a cutter to inflict wounds on the teacher fled the scene immediately but was handed over to the police by his own parents.

He was subsequently arraigned before the court but was granted bail to re-appear on a later date.

But addressing delegates at this year’s Volta Regional Quadrennial Conference of the National Association of Graduate Teachers (NAGRAT), held in Ho on Thursday, President of the Association, Mr David Gellie noted that attack on teachers in the country is becoming too many and reminded the government of the responsibility to protect its employees from such attacks.