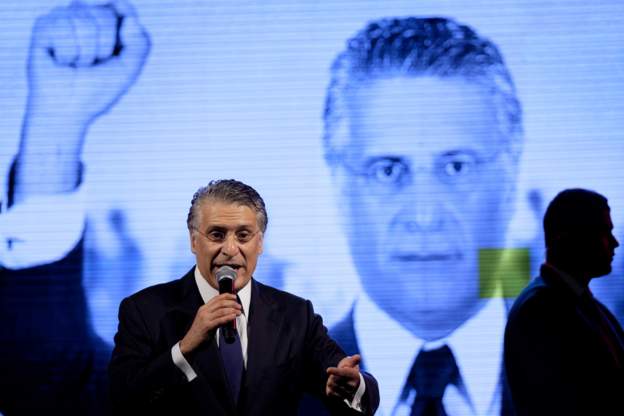 Tunisian media mogul and ex-presidential candidate Nabil Karoui has been arrested in Algeria for illegally entering the country.

Mr Karoui, who owns Nesma TV, was arrested in the city of Tebessa on the Tunisian border together with four others including his brother Ghazi who is a member of parliament.

Mr Karoul is also the leader of the second-largest party in parliament Qalb Tounes (the heart of Tunisia).

In 2019 he was arrested in Tunisia during his presidential campaign – which current president Kais Saied won in a runoff with a landslide – and put in custody for more than six months.

He still is under investigation for money laundering and tax evasion after being released in June. He denies the allegations.

He is expected to appear before an Algerian court on Monday.