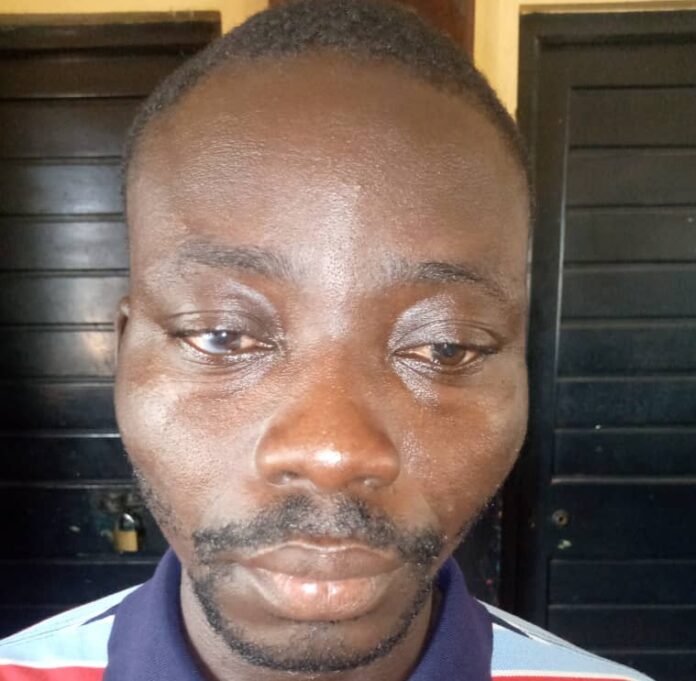 A 27-year old fisherman, Yao Senya, has been picked up by police in Anloga for stabbing a 71-year old man to death at Atito in the Anloga District of the Volta region.

On Wednesday, 15 September 2021 a police report was received at the Alakple police station to the effect that Yao Senya (suspect) had stabbed one Dumega Heletsi Akpakudzo, 71, to death.

Preliminary investigations by the police indicate that the deceased’s son was engaged in a fight with a son of the suspect.

The deceased, however, was said to have come in to beat up the son of the suspect, a situation that infuriated the suspect who in turn sought to retaliate.

According to police sources, Yao in his attempt to retaliate allegedly pulled out a knife and inflicted multiple wounds on the chest, neck and shoulder of Dumega, now deceased.

The victim was rushed to the Keta Municipal hospital for treatment but was pronounced dead on arrival.

Suspect, Yao Senya, 27 has since been arrested to assist police investigation.