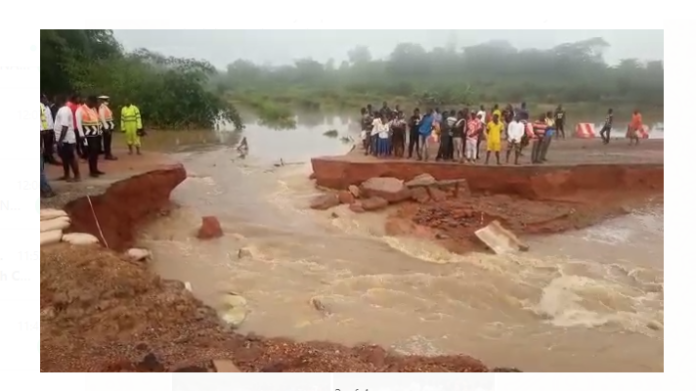 A portion of the Cape Coast-Kumasi Highway has caved in, leaving hundreds of drivers and passengers stranded.

The N8 caved in after a heavy downpour at Akomfode near Assin Andwa in the Assin North District of the Central Region, making vehicular movement difficult.

The Japan contractors who are currently working on the N8 are yet to fix it.

The situation has left over 200 cars, drivers and passengers, and commuters plying the route stranded and dismay, creating vehicular traffic.

Some passengers spent the whole night at the scene.

They have therefore appealed to the government to fix the road.