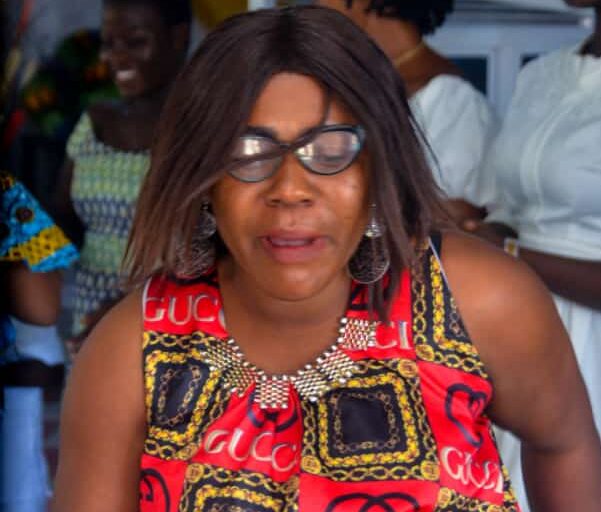 Josephine Panyin Mensah Simons has confessed to a team of medical and investigation officers attending to her at the Effia-Nkwanta Regional Hospital in the Western Region that she was not pregnant, a statement by the police has confirmed earlier reports by Starr News.

A top police source further told Empire News the suspect has since asked for forgiveness from her husband Michael Simons who appears to be innocent and in a state of shock.

The victim, now a suspect, according to the police source, says she has not had sexual intercourse with her husband for the past three (3) to four (4) months claiming that she could lose her pregnancy if they got intimate. 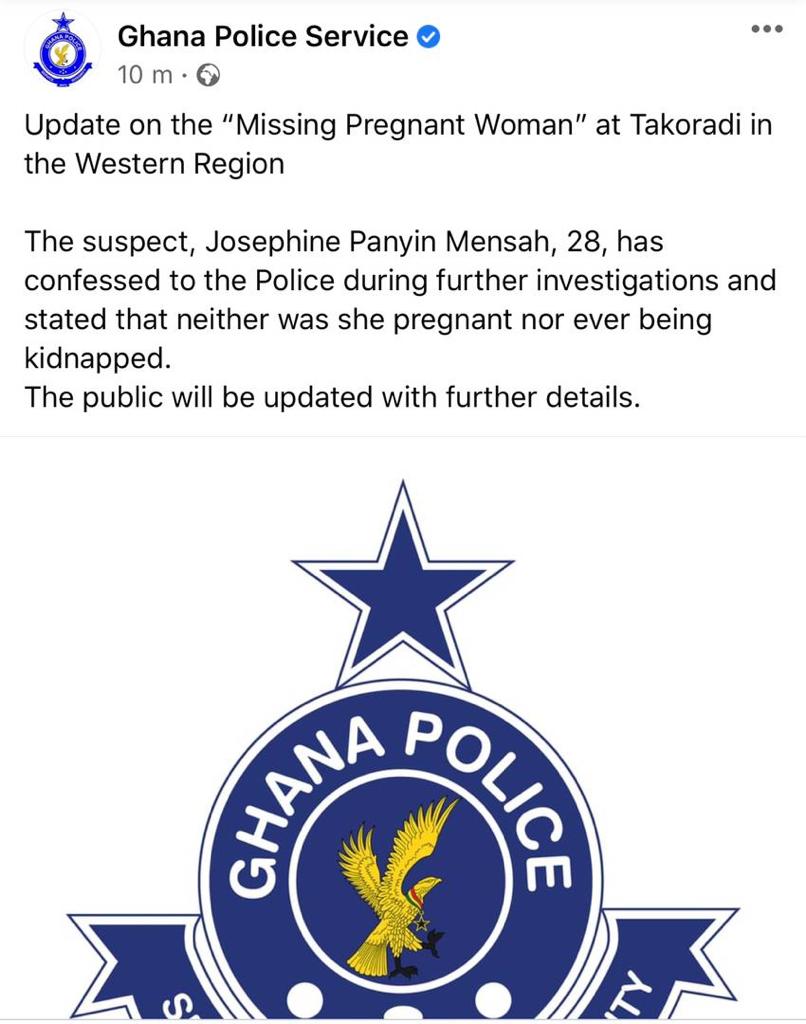 The source further revealed that during their observation of Josephine since Tuesday, September 21, 2021, she neither spotted nor requested a sanitary pad to soak blood that might be dropping from her as a result of her situation.

The police source added that all laboratory tests and analyses done so far suggest that she was neither pregnant nor a nursing mother.

A senior medical officer at the Effia-Nkwanta hospital name withheld, the facility providing medical assistance to Josephine says the victim was probably suffering from Pseudocyesis.

Pseudocyesis is defined by the DSM-5 as a false belief of being pregnant that is associated with objective signs and reported symptoms of pregnancy, which may include abdominal enlargement, reduced menstrual flow, amenorrhea, subjective sensation of fetal movement, nausea, breast engorgement and secretions, and labor.

Meanwhile, Management of the Effia-Nkwanta Regional Hospital in the Western Region says it has not released medical records of Josephine Panyin Eshun Mensah Simons, the twenty-eight-year-old woman at the centre of the controversial kidnapping and pregnancy case.

Medical Director of the Facility Dr Joseph Tambil told Empire News, the facility is likely to release the medical report of the alleged victim, now suspect, to the police on Monday

“The Police people are on the grounds and may have spoken to people but at the moment we haven’t issued a formal report to the Police. And I’m not in a position to confirm if she was pregnant or not until our report is given to the appropriate quarters.

He also intimated that Josephine Mensah is in stable condition and responding to treatment and assured that the facility will not be compromised in its work.

Meanwhile Justice Acquah special aide to the Western Regional Minister Kwabena Okyere Darko-Mensah told Empire News Emmanuel Ohene-Gyan that his Boss released an amount of three thousand ghana cedis ransom money on September 20, 2021 to the police but cannot confirmed or deny if the said money was paid to the kidnappers

The police administration are said to be preparing to haul suspects in the case before a competent court of jurisdiction to face prosecution latest by Tuesday September 28th. 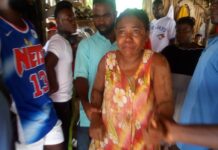 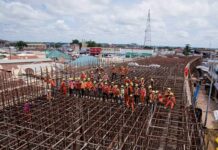 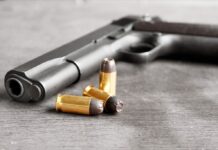