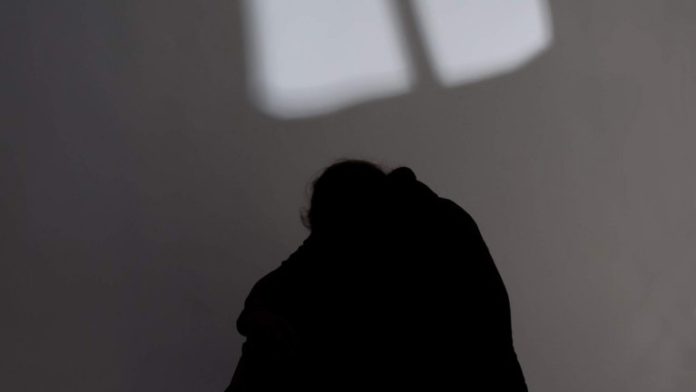 The Pastor of the African Faith Church at Nhinahin in the Ashanti region has been arrested for allegedly defiling his sixteen-year-old daughter.

He allegedly committed the act under the guise that he was directed by the Holy Spirit to cleanse the girl who he claimed had committed the sin of pre-marital sex.

The victim is a JHS 3 student of St. Paul’s Junior High School.

The suspect was picked up by the Ashanti regional Domestic Violence and Victim Support Unit. (DOVVSU).

The 41-year-old Pastor Kwame Nkansah who double as a carpenter, in December  2020 accused his biological daughter of breaking her virginity.

Although the 16-year-old girl denied her father’s accusation, the constant victimization and threats from her father compelled her to confess to the charge.

Pastor Kwame Nkansah on December 7th, 2020 is reported to have had sex with his daughter to exorcise her from the omen of engaging in early sex.

After the alleged defilement, he continually had sexual intercourse with her at his desire.

The young girl who felt uncomfortable with the act reportedly opened up to some neighbors through which the police picked intelligence on the matter and finally arrested the pastor.

The regional coordinator for DOVVSU Superintendent Suzanna Dery said the suspect after the act warned his child not to open up to any person else she would die.

She further explained that the girl was traumatized when she was rescued by the police and was subsequently sent to the hospital for a medical check-up and she is doing very well.

Supt Dery disclosed the suspect earlier denied the crime but later confessed to the investigating officer. She added that the victim has currently been relocated from the father’s house to Kumasi.

She seized the opportunity to urge young girls suffering the same predicament to report to the police for rescue and support.