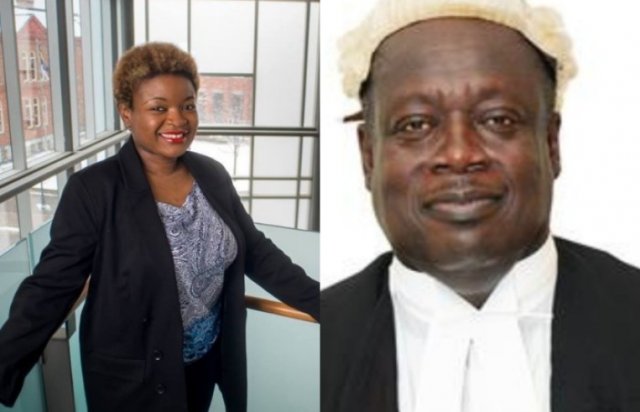 The President of Ghana Bar Association Tony Forson has broken his silence on the allegation of rape against him by a Canadian-based lawyer Kuukuwa Andam saying he leaves his accusor to God.

In a series of Facebook posts, the Ghanaian intellectual chronicled how she was allegedly abused by Mr Forson in a Washington DC hotel in 2012.

“6 years ago, I was raped in a hotel in Washington DC by a married man I had been dating for a couple of months to make ends meet. We met up in the hotel & I refused to have sex without a condom but he went ahead anyway & then refused to speak to me throughout the night.

“I still remember how gross I felt when he forced himself inside me, how my body seemed to separate from my spirit/ soul, how I could feel myself floating in the room above me. I still remember the heartbreaking ride from Washington DC where I met him to Ithaca where I was going to school at Cornell. I don’t know how I found my way home,” she wrote on social media in 2019.

Reacting to the claim,  Mr. Forson told Francis Abban on the Morning Starr “it’s a very painful event, extremely painful especially for those who have known me.

“The few persons of the female extraction I know, know how I find that particular act abhorrent. That’s how I live my life. So, whatever motivated that, I leave it to God and I leave it at that,” he ended.