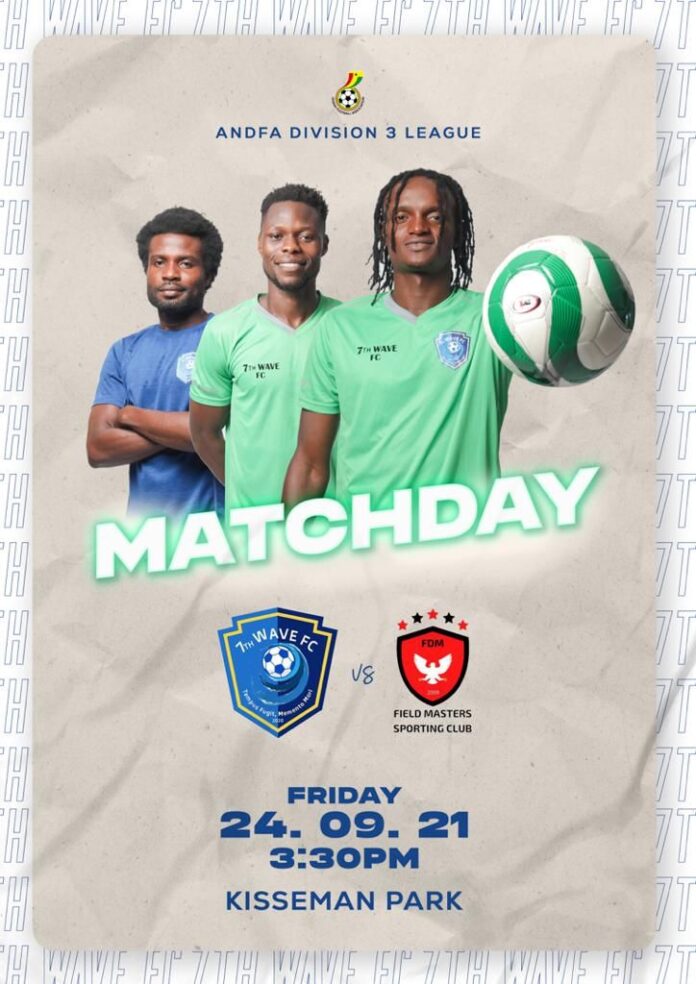 As the saying goes, we saved the best for the last ! This is exactly how the last fixture in the Accra North District football association division 3 league match between 7th wave fc and Field masters is going to be like.

The division 3 League has seen 14 matches so far and
even though their league is not recognized by the football fraternity,
One club that is raising eyebrows in the league is 7th wave Fc.

The Abenlekpe based club has won 9 games, lost 1 and drawn 3 of them.

Field masters on the other hand have been denied entry into the middle League 4 times and are determine to qualify this time around.

Fans of both sides are geared up and will be treated with some good football artistry from players at the Kisseman park on Friday, 24th September 2021.

Is former blackstars defender Lee Addy going to make history by qualifying the newbies, 7th wave fc to the middle league in their first year in the division 3 league?

Well, we will get answers after 90 minutes of pulsating football at the Kisseman Park.