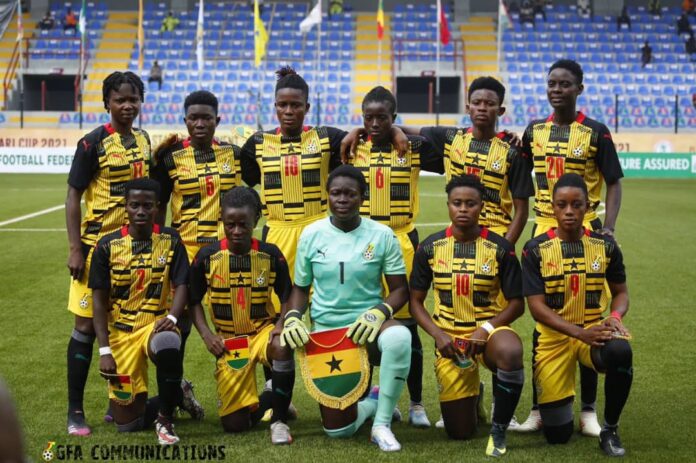 The Black Queens of Ghana will today lock horns with the Super Falcons of Nigeria in the first leg of the doubleheader qualifiers for the 2022 AWCON at the Mobolaji Johnson Arena in Nigeria.

Both countries have featured in the past eleven editions of the African Women’s Cup of Nations with Nigeria winning nine of those tournaments. Ghana’s best performance within that period in the AWCON has been finishing as runners up in 1998, 2002 and 2006; interestingly losing all finals to the Super Falcons.

The tie is a crunchy one because one of the teams will miss the AWCON for the first time in many years due to the new format of qualifiers. The 2022 AWCON billed to be staged in Morocco will also serve as a qualifier for the 2023 World Cup.

The Black Queens have been preparing for this important game as the team started camping at the Ghanaman Soccer Centre of Excellence at Prampram months before heading to Nigeria for the Aisha Buhari Cup tournament.

Head Coach of the Black Queens have named 22 players for this all important clash. The squad has majority of the players being players who ply their trade in the Ghana Women’s Premier League. According to her, though most of the foreign based players didn’t make it, she has the believe in her players.

“Unfortunately most of my foreign players played their various club league matches. Unfortunately for us, almost everybody got injured however I have few others who are ready. I have the believe in this current crop of players I have selected”. She said.

The Super Falcons of Nigeria after losing to Bayana Bayana 4-3 on penalties in the Aisha Buhari Cup finals will be hoping to bounce back against Ghana.

Head Coach for the defending champions of the AWCON, Randy Waldrum has named 23 players for the clash. The players include Barcelona forward, Asishat Oshoala. According to Waldrum, the game is very important to the success of Nigeria. 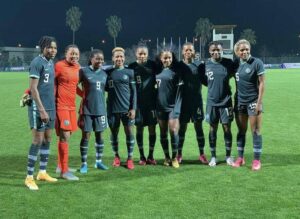 “It is important for us to get a good win at home and then go to Accra and play like warriors. The Super Falcons just have to be at the AWCON and the World Cup and they are ready to give these two matches they’re all”. Waldrum told the Nigeria Football Federation Media.

The match will kick off at 3pm(GMT) today.