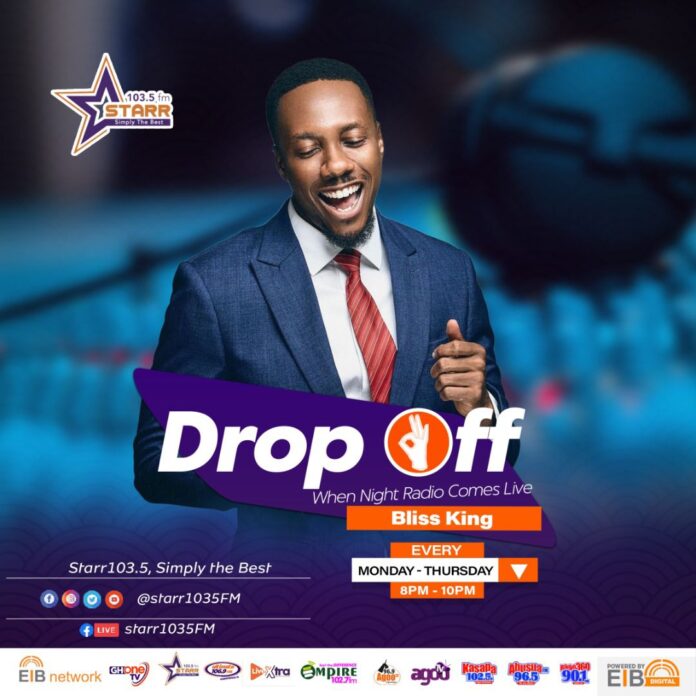 Known for his intriguing personality on TV and his unique style of entertaining his audience, Bliss Dumashie otherwise known as Bliss King is taking over Starr FM’s late-night radio show ‘Drop Off’ 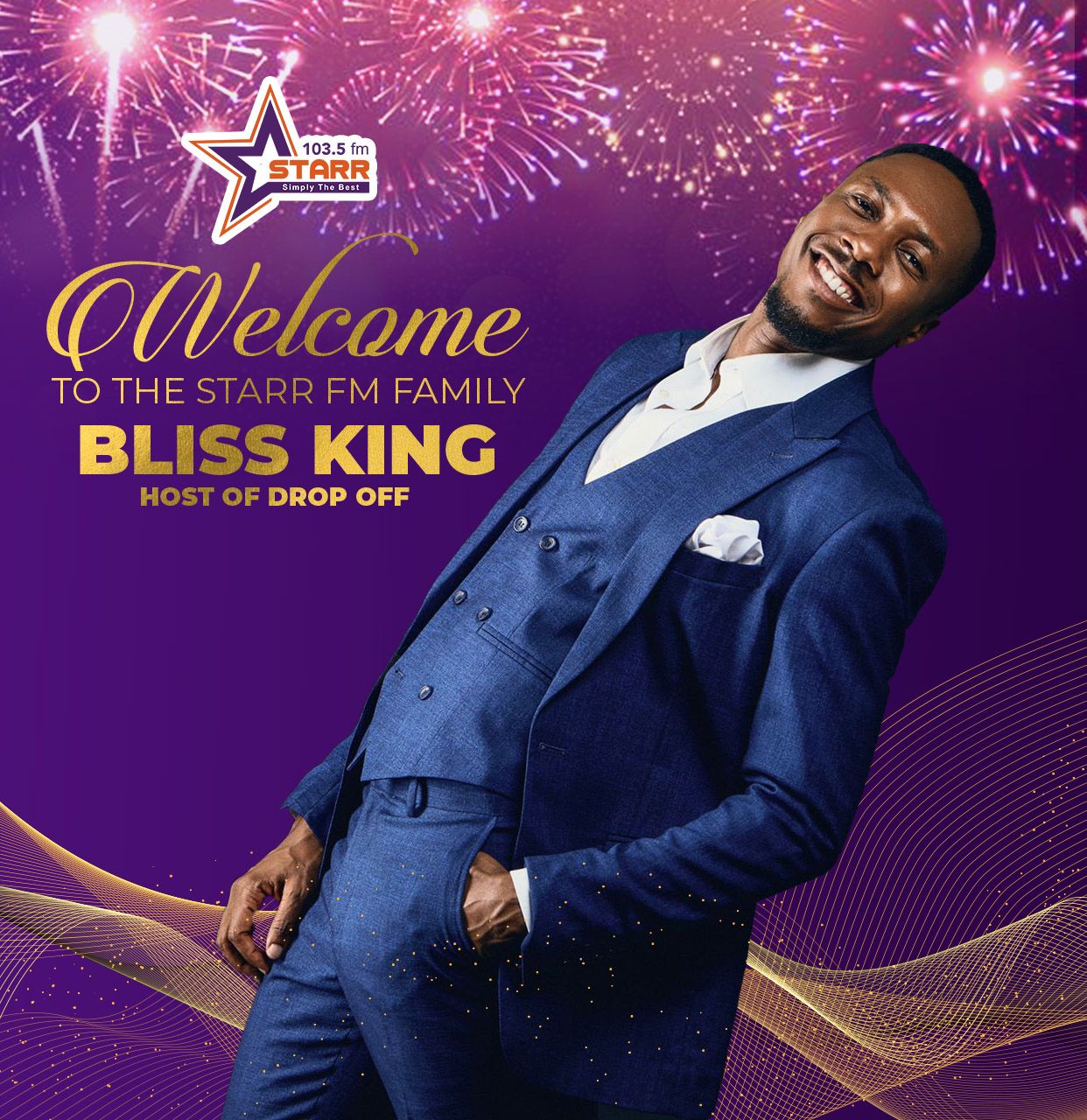 Bliss King is the co-host of ‘Expressive’, a mid-morning lifestyle magazine TV show that focuses on a cocktail of genres including Health and Wellness, Fashion, Technology, Cooking et al, on GHOne TV with Jacqueline Acquaye.

The bubbly Anchorman started his career journey as a Marketing intern at the Ghana Ports and Harbours Authority in 2007. In 2008, he joined Tropical Cable and Conductor Ltd as a Marketing Intern.

In 2010, Bliss joined the Multimedia group as the Content Developer and producer who contributed immensely to research and captivating daily radio show content. He was a Partner on BackStage Access where he offered great welfare services and event coordinating. The team during his time worked for Donnie Mcklurkin, Keri Hillson, Bow Wow, Fred Hammond, Demarco, Tiwa Savage, M.I, Davido, Sarkodie etc

After parting ways with Pravda Radio in 2014, Bliss occupied the Social Media Manager role at  IROKO Partners Limited from 2014 to 2018.  His professionalism and his objectivity when it comes to news gave him the seat as News Anchor on Metro TV in August 2018 with Jacqueline Acquaye.

The prolific duo after giving their viewers and fans exciting news coverage for about two years on Metro TV both resigned and are hosts of GHOne’s ‘Expressive’ Show “The exciting morning TV show focused on the audiences expressing themselves and us providing great content to your morning.

The ‘Drop Off’ is a two-hour English program centred on music and programs targeted at educating listeners with regards to how they relate with each other. The program is targeted at persons between the ages of 18 – 45years (male and female).

The program is aired between Monday to Thursday, every week, from 8 pm-10pm. There are a couple of segments on the show. They are CONFESSION, 4PLAY, SEXUAL HEALING, AND HOOK UP. CONFESSION: This is where callers call in to share their wild secrets anonymously.