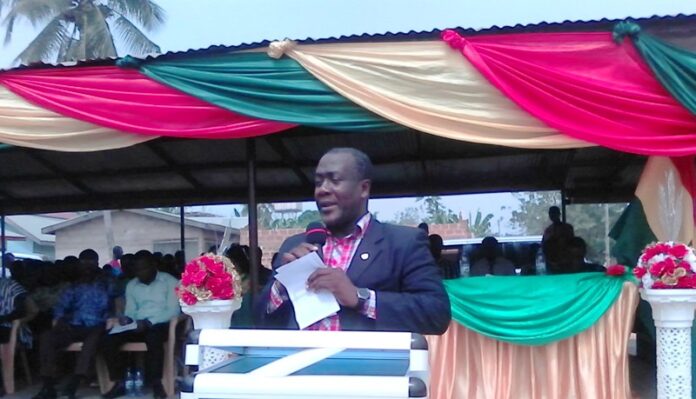 The District Chief Executive nominee for Birim North District in the Eastern region Raymond Nana Damptey has been rejected.

He becomes the third nominee to be rejected in the Eastern region.

The DCE nominee for Achiase, Richmond Kofi Amponsah Adjabeng was the first casualty, however, was confirmed on Sunday, October 3, 2021, through alleged violence and manipulation of the votes.

The renomination of the DCE for Birim North was characterized by stiff opposition from chiefs and some Constituency Executives and supporters of the ruling New Patriotic Party in the area.

The votes of no confidence by the Chiefs was passed Tuesday, May 18, 2021 at Abirim after various reasons were cited for the decision.

A leaked audio containing threats on chiefs in the area by supporters of the DCE was also played at the meeting of the chief.

Out of the 42 Chiefs present, 37 voted against the DCE while 4 voted for him with one spoilt ballot.

President of the Association of Chiefs in the area Obrempong Kwasi Amo Tweretwie I said the DCE was incompetent and disrespectful hence they cannot work with him, therefore, should not be renominated.

The Eastern Regional Minister Seth Kwame Acheampong has meanwhile called on Assembly members to look beyond Personal issues with the nominees and consider facilitated development of the districts to confirm the nominees to help the speedy implementation of government policies and programs.

He is hopeful that, the rejected nominees and some four other nominees yet to be voted on will be confirmed in subsequent elections.