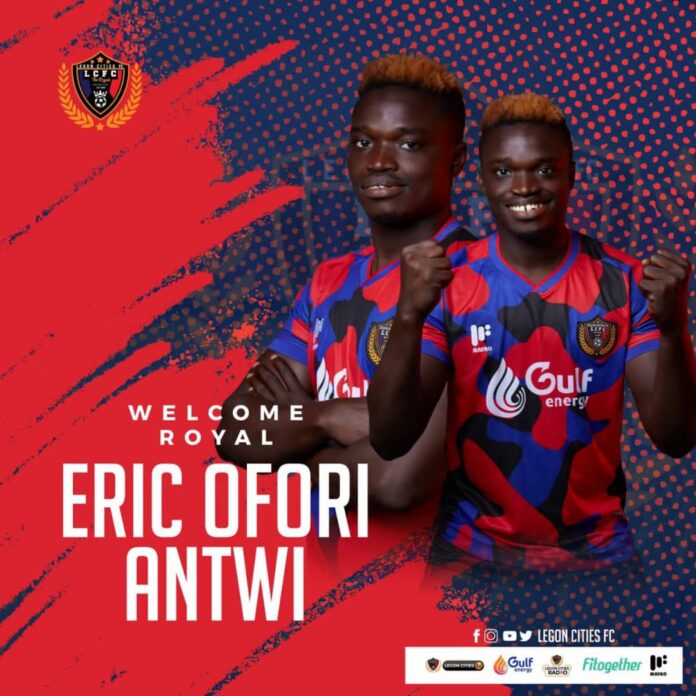 The Black Stars player has joined the Royals on a two-year deal from Medeama SC after completing his medicals.

The Legon-based club announced that goalkeeper on their official Twitter handle today.

A club’s statement reads, “We are ℎ to announce the signing of goalkeeper extraordinaire Eric Ofori Antwi on a two-year deal from MedeamaSC!. ”

“Alawa” as popularly called by his admirers joined Medeama SC five years ago and was an integral player in the squad.

The former safest pairs of hands for the Black Satellites and Black Stars B is hoping to help Legon Cities perform well in the upcoming season of the Ghana Premier League.

He rose to become the vice-captain of Medeama SC deputizing for Joseph Tetteh-Zutah.